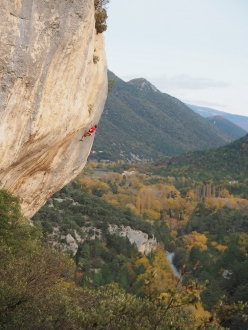 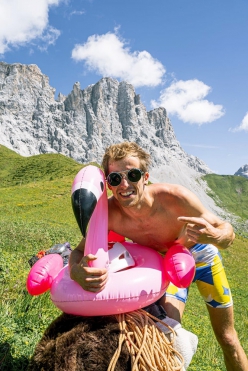 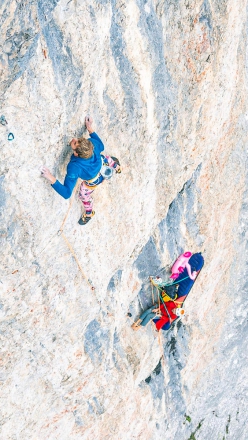 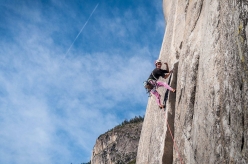 Sébastien Berthe sends his first 9a+, Super-Crackinette at St. Leger

Belgian climber Seb Berthe reports about his first 9a+ redpoint, Super-Crackinette at Saint-Léger-du-Ventoux in France. Success came about after a relentless summer on some of the hardest multi-pitch climbs across the Alps.

Belgian climber Sébastien Berthe has managed to redpoint his first 9a+, Alex Megos’ Super-Crackinette at Saint-Léger-du-Ventoux, the route famously flashed by Adam Ondra in 2018 and the line which in March 2020 Julia Chanourdie chose as her first 9a+, too.

Berthe’s success on Super-Crackinette comes after just one 9a, Speed Integral at Voralpsee in Switzerland earlier this summer, and caps an extraordinarily successful summer multi-pitch climbing in the mountains, during which he repeated Voie Petit on Grand Capucin in the Mont Blanc massif, Bellavista on Cima Ovest di Lavaredo in the Dolomites (after which with David Deluc he completed a huge link-up on the Tre Cime), the Alpine Trilogy with Nicolas Favresse (travelling to Silbergeier, Des Kaisers neue Kleider and End of Silence by bike), Odysee on the Eiger… this list is by no means exhaustive but certainly illustrates the point.

Furthermore, in November 2019 Berthe had become one of the very few to complete a free ascent of the The Nose on El Capitan in Yosemite, after having free climbed Heart Route in 2016 and Freerider in 2017 on the big stone. Aged 27 and now with 9a+ under his belt, Berthe is one of the most up-and-coming young climbers out there with his sights clearly set on even more.


SUPER-CRACKINETTE by Seb Berthe
At the start of this year I decided to quit my job as a coach at the Belgian climbing federation in order to focus on my own climbing! I decided to concentrate on climbing outdoors and, in particular, on long, hard and sustained multi-pitches. In the long term I really want to push myself in this kind of climbing, however, in order to reach my goals on this terrain I know I still have a lot of progress to make in sport climbing, in terms of finger strength, overall power...

That's the reason why, at the start of 2020, I wanted to improve as much as I could on a short and intense boulder problem or route. For this I needed a project that would really push me out of my comfort zone! And in February Super-Crackinette appeared. The route was way too hard for me, but nevertheless I immediately fell in love with it. I knew that if one day I’d manage to send it, I’d be way, way stronger than ever before, so I set myself the goal of sending it in 2020.

I spent the whole month working as hell on it and in the process I realised that this goal was getting more and more important to me, even more important than the multipitch goals I had set myself for the summer. I came back at the end of spring and tried it as long as conditions allowed me to. The battle began to get hard mentally: I experienced all stages of the hard-working route process: fast improvements, huge decreases, mental breakdowns... My level fluctuated, going high and low and continuously. I had to think and deal with so many issues. I had trouble understanding why I'd improved or taken a step backwards. Had I climbed too much? Not enough? Should I rest or continue? Should I perhaps go elsewhere for a fews days and come back fresher?

At the end of May I had to go away because it was too warm. I was really disappointed and tired but I knew I would come back in autumn with good conditions. Despite my disappointment, I decided to embrace failure and use it as a weapon! The good thing is that the process had already taken me to another level: I had learnt so much more about myself and my climbing than before. And interestingly, this route put me in perfect shape for my summer plans.

After a long and tiring summer of multi-pitch climbing with David Leduc in the Dolomites and with Nico Favresse across the Alps and with my father on the Voie Petit on Grand Capucin, I returned to Belgium with the one and only idea in mind: sending this route. I spent the whole of September training hard, for I had an appointment with the route and good conditions at the start of October. Unfortunately though I caught COVID and was KO for two weeks...

I finally managed to return to Saint-Léger at the end of October. I was unsure if my shape was now good enough, but I knew I  wanted to try really, really hard!  Sensations were  good in the beginning and after a week or so, I fell at the very last move... Then, the fight began as conditions got bad... I battled against two weeks of doubts and bad tries before I eventually sent it on the 16th of November! I was just speechless and thankful!

I am really happy and proud about what I achieved this summer and I’m sure that unlike single pitch sports climbs, multipitch climbing is really far from its limit. Especially over here in Europe, where we don't have any extreme routes like the Dawn Wall… I have many multi-pitch projects and dreams for which I need to be stronger, and in the long term I’d like to be a part of this development. At the moment though I’ll keep them a secret. Anyways, I am not done with sport climbing yet!