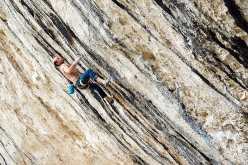 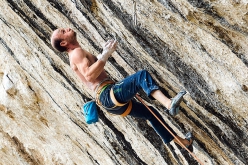 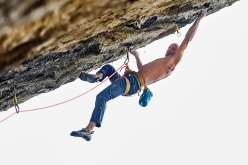 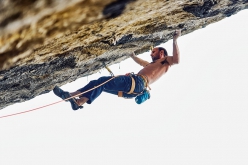 Swiss climber Cédric Lachat has repeated Sweet Neuf at Pierrot Beach in France, confirming the 9a+ grade suggested after the first ascent by Anak Verhoeven from Belgium.

Cédric Lachat has pulled off the first repeat of Sweet Neuf, the single pitch sport climb at the Pierrot Beach in France’s Vercors, famous above all because it was freed in 2017 by Anak Verhoeven who had put forward the grade 9a+. As such it was only the second female time a woman had climbed something this difficult - seven months after Margo Hayes on La Rambla at Siurana in Spain - and the first time that a woman had made the first ascent of this grade.

As always, the grade suggestion needed confirmation and even if the Swiss climber made relatively short work of the route, he considers it more difficult than his other 9a’s and, as he confirmed to planetmountain, 9a+.

As mentioned, the former European bouldering champion sent the route quickly, in just 7 attempts. Who knows what he could get up to if he started working a street seriously, investing not 7 but 70 attempts?