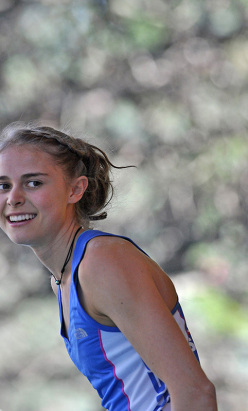 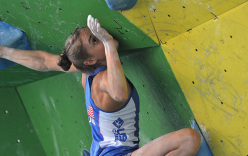 America’s Margo Hayes has repeated La Rambla at Siurana in Spain and, in doing so, has become the first woman to climb 9a+.

Margo Hayes from Boulder, Colorado, has climbed La Rambla at the Spanish crag Siurana and, in doing so, has become the first woman to redpoint a 9a+ sports climb. The route in question was first ascended by Germany’s Alexander Huber in 1994 to a pocket at 3/4 height and subsequently extended by Spain’s Ramón Julián Puigblanque in 2003. For years La Rambla was considered the hardest sport climb in Spain, and it is recognised worldwide as a benchmark 9a+.

Hayes reportedly required a mere seven days of efforts to get to grips with this incredible 45m stamina testpiece and her success comes in the wake of results which are inconfutable. After numerous 8c+, in August 2016 she climbed her first 9a, Bad Girls Club at Rifle, Colorado, while in November 2016 during the World Youth Climbing Championships at Guangzhou, China, she claimed gold in her Junior category Lead and Bouldering disciplines after having won gold and silver in Arco, Italy the previous year.

Hayes’ ascent marks a significant step forward in women’s sport climbing. 9a was first redpointed by Basque climber Josune Bereziartu with her repeat of Bain de sang in Switzerland in 2002, while in 2005 she upped the ante with her ascent of Bimbaluna 9a/9a+ nearby. Although in the ensuing decade these grades have been matched - in early 2015 for instance Ashima Shiraishi made back-to-back ascents of two 9a/+ at Santa Linya in Spain - this is the first time a full-blown 9a+ has been climbed. And not any old 9a+, but historic La Rambla. In the words of America’s Matty Hong, who broke the news on instagram, this is "a big day for climbing."

That moment when you send 'La Rambla' and become the first woman to climb (9a+ or 5.15a). Congratulations @margojain, a very well deserved send, and a big day for climbing.