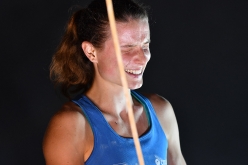 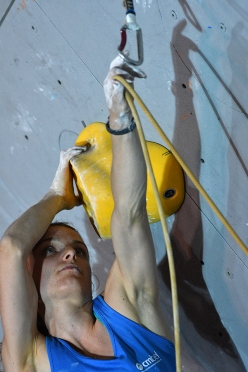 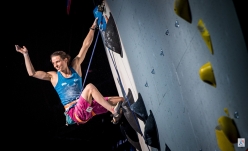 Belgium's Anak Verhoeven has made the first ascent of 'Sweet Neuf' at Pierrot Beach in France, a sports climb she believes is 9a+. Should the grade be confirmed, Verhoeven becomes only the second woman to have climbed 9a+ and the first to have freed a route of this difficulty.

For the sport climbing community the news, should the grade be confirmed, is an absolute bombshell: Belgium’s Anak Verhoeven has freed a route at Pierrot Beach in France’s Vercors region which she suggests could be 9a+. If confirmed, Verhoeven becomes only the second woman to have climbed 9a+ - after the first female 9a+ at the hands of Margo Hayes on La Rambla at Siurana in Spain last February - and in any case she is the first woman to propose these extreme difficulties for a first ascent.

The route in question is called Sweet Neuf and is a linkup of two existing climbs, the 9a Sang Neuf and the 8c+ Home Sweet Home. It’s worth noting that it was the 21-year-old Belgian who freed the 9a Sang Neuf, just one day prior to freeing the 9a+ linkup Sweet Neuf.

In April 2016 the reigning European Lead Champion made the first free ascent of Ma belle ma muse at Roymayeur in Romeyer, suggesting 8c+. The Belgian has top end repeats to her name such as Ultimate Sacrifice 8c+ at the Gorges du Loup in France (2014), Era Vella 9a at Margalef in Spain (2015) and La Reina Mora 8c+/9a at Siurana (2016).

Other first female ascents worth remembering are La Gasparata 8c+/9a freed by Italy’s Laura Rogora at Collepardo in January this year, as well as Rolihlahla freed by America’s Sasha DiGiulian in South Africa in 2013, Pull Over and The Wall freed by Charlotte Durif in France in 2009 and Claudio Caffè freed by Austria’s Angela Eiter at Arco in 2007. None of these routes touch upon 9a+ though. Time will tell.


Sweet neuf 9a+ First ascent • After having climbed Sang neuf, I had 1 climbing day left. Sébastien Richard suggested that I could try to link Sang neuf 9a with the 25 meter second pitch of Home sweet home 8c/+ and I accepted the challenge. After a rest day I climbed Sang neuf 9a again but this time I did not stop at the chain, but climbed on to the chain of Home sweet home. • This new route is now called Sweet neuf: Sang neuf & Home sweet home combined. • Photo by Sébastien Richard @belinda.metz - #rockclimbing #vercors #pierrotbeach #france #sweetneuf #9a+ #climbing - @lasportivagram @petzl_official #lasportiva #petzl #srcfc #heistsport