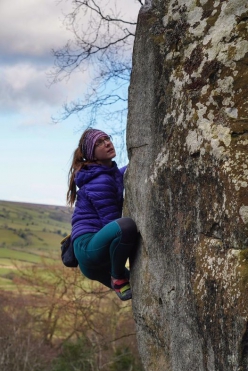 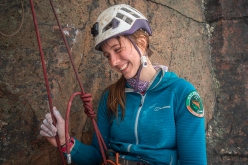 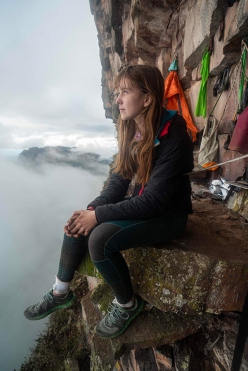 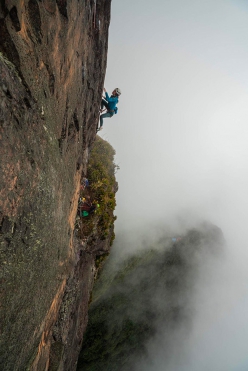 Anna Taylor is slowly but surely making a name for herself among the close-knit British trad climbing scene. The 23-year-old from the Lake District, who on a expedition to Guyana in 2019 led by Leo Houlding helped establish a new route on Mt Roraima, has soloed the Psykovsky’s Sequins, a short but intense E8 at Danby Crag in the North York Moors.

The route with its four consecutive, tiny one-finger  pockets was established by Franco Cookson in 2013 as a solo and originally graded E9, but subsequently downgraded later that year to E8 after Dave Birkett found a tiny piece of protection prior to making the first repeat, with a rope. Taylor top-roped the route clean a couple of times before embarking on her solo.

Taylor's in now only the third ascent and, interestingly, it was carried out without crashpads. Although the landing is fairly soft and the hillside fairly steep, climbing without crashpads certainly adds a touch of spice.

When queried about why, she told planetmountain"The reason I didn’t use any crash pads is mainly because I do a lot of free solo climbing these days on bigger crags, so being in a situation where I can’t fall off is something I’m very used to. I’ll only step off the ground on routes like this one if I’m absolutely sure I can climb them, and fortunately I felt secure enough this time round to justify the risk."