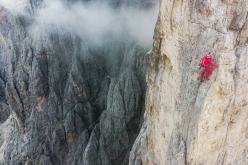 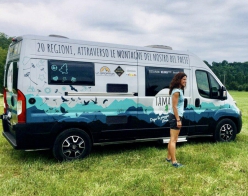 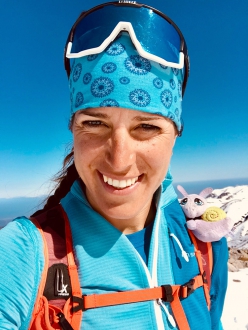 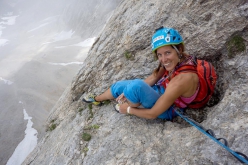 South Tyrolean mountaineer Tamara Lunger begins today her 'Tamara Tour Italy'. This summer she will travel by camper across Italy to discover and climb the highest mountains in the country’s 20 regions.

Tamara Lunger got the idea during the months of lockdown and today is finally the day: she’s set off on a two-month camper tour across Italy to climb the highest mountains in each of the country’s 20 regions.

In truth, the objectives of the "Tamara Tour Italy” are obviously intrinsically linked to the pandemic the country experienced and, in addition to climbing some of the country’s most emblematic peaks, Lunger wishes to explore the beauties, heritage and culinary delights of the peninsular.

"After the rain, the sun always shines. This thought has always accompanied throughout my life but during the lockdown it became philosophy" explained Lunger. "I was sure I’d eventually manage to share something beautiful and exciting with others and this tour is now giving me the opportunity to hit the road, return to nature, discover places, celebrate our beloved Italy and meet new people."

The 34-year-old South Tyrolean mountaineer will end her tour in mid-September in South Tyrol and during the next two and a half months will trek, climb, paraglide, run and mountain bike as she tries to reaching the highest peak in each region. Of course, the program will depend entirely on conditions. The only certain things that are certain at the moment is that she starts her journey from Trentino - Alto Adige today and that - as always with Lunger - it’s going to be fun.

✧ Tamara Tour Italia Day 1 - Game on! I decided to start right outside my front door, from the Vajolet Towers, climbing the Delago Tower, Spigolo Piaz. I've never done that before and it's a must! I did it with the perfect company of @alicerussolo who will do part of the tour with me and my dad The scenery is simply breathtaking! Yesterday I was worried about having to postpone the departure because of the bad weather forecast, instead we had an amazing day ... stating "never get discouraged, rather plan to leave at dawn ". Have a great evening everyone and see you tomorrow #mountaineering #thesoulmountaineer #herecomesthesun #colourfulmountains #foryourmountains ✧ Sponsored by: @lasportivagram @goretexeu @visitsouthtyrol @pursuedtirol @dolomitiwalkinghotel @camp1889 @garminoutdoor @vedani.bz @leki.ski.outdoor @bliz_italy @expedint @primusequipment @primusequipment @advancegliders ✧ Management and Communication Team: @mz_sportsandbeyond @passioneeventi @delineodesign