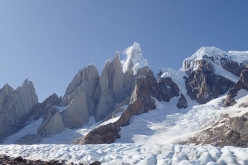 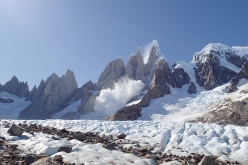 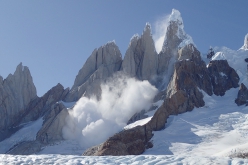 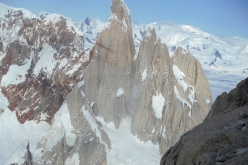 The video of the recent rime ice mushroom collapse on Cerro Torre in Patagonia, filmed by Russian mountaineer Dmitry Golovchenko.

Italy's Matteo Della Bordella had mentioned it only recently in his trip report concerning the first repeat of the 40º Gruppo Ragni route on Aguja Poincenot carried out with Matteo Bernasconi and Matteo Pasquetto: from the summit the three watched in awe as a huge rime ice mushroom collapsed and triggered an avalanche on Cerro Torre "shattering into a thousand pieces below and creating a huge cloud of snow that enveloped both Cerro Torre and Torre Egger."

Footage of the second avalanche has now been published on the Patagonia Vertical Facebook page run by Rolando Garibotti, shot by the highly talented Russian mountaineer Dmitry Golovchenko. As Garibotti rightly states, "Had there been any parties on the Ragni Route, the consequences would have been serious."