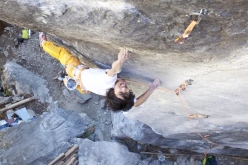 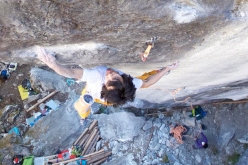 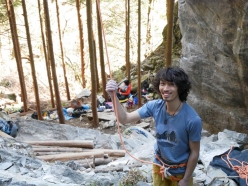 At Gozen Rock in Japan Sachi Amma has made the first ascent his Soul Mate. Graded 9b, this is now the country’s most difficult sport climb.

Japanese sports climber Sachi Amma has made the first ascent of what he believes is his country’s hardest sport climb at Gozen Rock. The 29-year-old bolted the line on the outskirts of Tokyo last December after having spent two months freeing his Maturity 9a+. Soul Mate climbs a “beautifully smooth face” and is split into two sections: an 8c start followed by a reachy 10-move V14/8b+ bouldery crux.

Amma redpointed his first 9b in 2015, Fight or flight at Siurana in Spain while throughout that year he sent 10 routes graded 9a or harder. In 2012 and 2013 he won the Lead Lead World Cup.