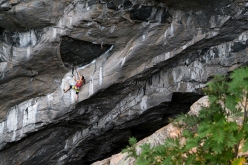 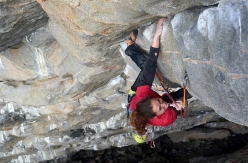 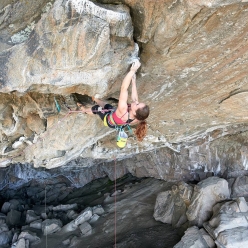 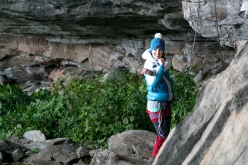 Sport climbing: a American rock climber Paige Claassen has repeated Eye of Odin 8c+ at Flatanger in Norway, while Iva Vejmolová from the Czech Republic has repeated the 8c Nordic Plumber.

There once was a time, not that long ago to tell the truth, when 8c was the ne plus ultra of sport climbing. The first to break into this realm of difficulties was Germany’s Wolfgang Güllich back in 1987 with his Wallstreet at Krottenseer Turm in the Frankenjura, while the first woman to climb this hard was Basque Josune Bereziartu with her repeat in 1998 of Honky Tonky at the Spanish crag Araotz.

Much has changed in the last three decades, and even if the current apex has moved on to 9c (Adam Ondra with Silence at Flatanger, 09/2017) and 9a+ (Margo Hayes with La Rambla at Siurana, 02/2017), it has to be said that even today 8c remains a pretty high standard.

This is why two recent female ascents at the ultra-steep Flatanger cave in Norway captured our attention. The first is the repeat by Czech Iva Vejmolová of the 8c Nordic Plumber, while the second was carried out by America’s Paige Claassen who managed to repdoint the 8c+ Eye of Odin.

After her successful ascent Claassen told planetmountain.com "the cave features a wide range of route styles - some being very endurance focused (ex the Nordic Flower variations) and some being very bouldery. Odin's Eye is one of the very powerful climbs, featuring 4 distinct boulder problems with good rests in between. While the steep and thuggy nature of the cave is definitely my anti-style, I do prefer the "make-up" of routes with boulders separated by rests. It means you really have to drop the hammer for certain sections, then recover and do it again. I trained specifically for this style by focusing on the big muscle groups and training toe hooks, which I'm typically very bad at. Luckily, since the crux of Odin's Eye is a toe hook :)"

As to Vejmolová, it’s worth noting that Nordic Plumber is her second 8c after her Augst send of adjacent Nordic Flower, and that not even five years ago she sent her first 8a+. Impressive progression to say the least.