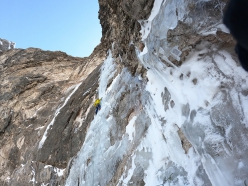 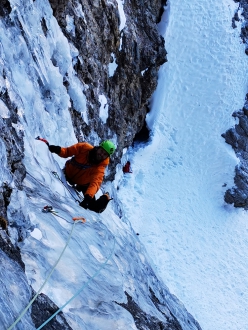 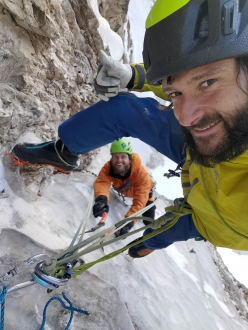 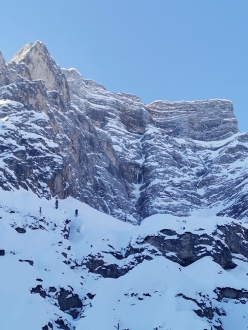 At Seekofel / Croda del Becco above Lake Braies in the Dolomites alpinists Manuel Baumgartner and Daniel Töchterle from the South Tyrol, Italy, completed the first ascent of Zahnlos (200m, WI6/M6).

The 200m outing is described as being a line that rarely comes into conditiod and provides a first pitch that is, according to Baumgartner, "very delicate due to the poor rock quality. Plus not much ice forms there." The second and third pitches provide moderate difficulties, while the fourth pitch ascends a 45° snow ramp that leads to the crux finale. "Thin ice, steep climbing. We used a peg here, and also one on the first pitch, and both were left in-situ."