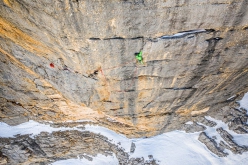 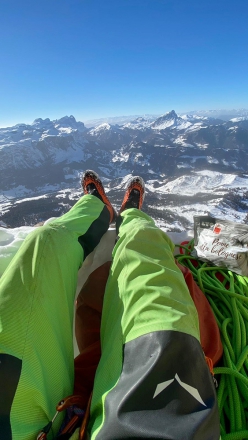 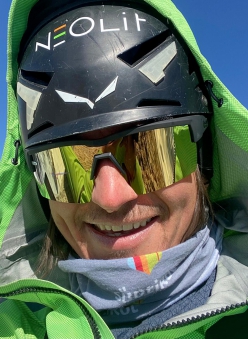 On Thursday 25 February 2021 Simon Gietl made a rope-solo ascent of Mittelpfeiler, aka Pilastro di Mezzo with the Mariacher variant on Heiligkreuzkofel / Sass de la Crusc in the Dolomites. The route in question is the masterpiece of Reinhold Messner and his brother Günther, first ascended on 6 and 7 July 1968, combined with the variant on the upper section explored by Heinz Mariacher during the first repeat in 1978 with Luisa Iovane and Luggi Rieser.

Heiligkreuzkofel is in many respects Gietl’s second home and he obviously knows the route like the back of his hand. He left early on Thursday and started climbing at 6:00 am. Climbing rope-solo, Gietl chose the original start, rarely repeated due to its loose reputation, and then traversed rightwards along the Mariacher variation on the upper section to summit at 14:00.

Speaking to planetmountain.com Gietl explained "At the top I was overjoyed, I felt immensely satisfied and I had the feeling I was in exactly the right place. It was an absolutely unforgettable experience."  The route has already been climbed in winter before, and also solo, but it is possible that this is the first winter solo ascent of the Heiligkreuzkofel’s famous central pillar. More details will follow.