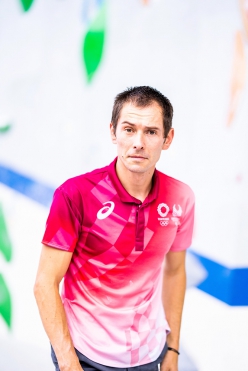 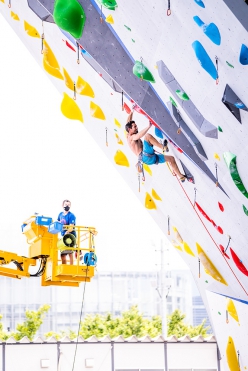 Interview with Adam Pustelnik, IFSC Chief Routesetter for Lead at the Tokyo 2020 Olympics.

The Tokyo 2020 Olympic Games are in full swing and sport climbing’s premier is just days away: from 3 to 6 August 40 climbers will step onto the Olympic stage for the very first time. After our interview with Chief Route-setter Bouldering Percy Bishton, we checked in with Poland’s Adam Pustelnik, Chief Routesetter for Lead, to get the lowdown.

Can you describe how you’re feeling? Is this, like for the athletes, a dream come true for your route setters?
It’s for sure the biggest challenge you can face in terms of importance of the job. We haven’t yet had a competition where the stakes are this high. I really love this job and personally I think it’s great we made it to the Olympics. Of course, the circumstances are a bit different compared to previous Games but still this is the place where the best athletes compete, and it happens only once per 4 years. I hope we’ll all have fun!

Introduce us to your team. How many are you and who does what?
For the lead team I’m working with Jan Zbranek (CZE), Hiroshi Okano (JPN) and Akito Matsushima (JPN). And then there are two more great national setters (Juingi and Takechi) helping us with forerunning and preparing the training routes. Jan, Okano and I we were already in Innsbruck earlier this year, and you could say this was a sort of preparation for us as well. The team is also almost the same as the one of the 2019 World Championships in Hachioji, except of Florian Murnig who is missing. It’s a super good group, strong and very experienced. One team sets the routes for women, the other sets for the men, then we climb on them, make adjustments, discuss ideas and get ready for the competition day. Some of the work has already been done, some we will need to do just before the competitions.

When and how much time will you have to set the routes? Is there anything you’re worried about? And what’s it like standing below a blank canvass?
We’ve finished with preparing the routes and now we have to wait to see if the conditions during which the athletes compete will not change too much. We’ve had a fair amount of days to prepare the climbs, but this does not mean we won’t get stressed. I mean, that’s the nature of the job, things are a bit unpredictable. It’s the athletes who are the main actors in a competition and we can never know for sure what will happen. But that’s also the best thing about sport, isn’t it? We’ve tried our utmost to prepare the “field of play” the best we could. So that it’s appealing to watch but, most of all, so that the athletes can display the best of our sport and can perform at their very best.

The formula is Combined: Speed, then Boulder, then Lead. Does this create special challenges for you guys?
From just the route setting perspective we try to work the same way as we do at other competitions. The difference between this competition and all the others is that there are no “tied scores” in lead. This means that athletes reaching exactly the same point are split by time. So we try to focus on creating routes that are very selective, that can provide the best ranking possible. Also because the overall score is based on you’re performance in all 3 disciplines, it’s not the best 8 of lead who proceed to the final. So that’s also a bit tricky. But as I said, we try to focus on preparing the routes the best we can.

Lead is the last hurdle.... what will you be looking to create in the men’s and women’s routes? What can we look forward to?
A good, fair show I hope :). I guess that’s the same as most people who will watch the Games. Great performances and fights until the top. It might sound trivial, but well, that’s the goal of route setting. Propose a set up that will allow the climbers to show the best they’ve got.

This is the first time climbing will be showcased. What are you personally looking forward to?
I’ll be very interested to see what the general perception of climbing will be. Climbers all have opinions on what they like about climbing. I’m curious to see how it will look like for other athletes, journalists, the sports community as a whole who see climbing on the Olympic stage for the first time. We also know that in many ways ours is a new sport, and people seem to be very keen to look closely at it to see what it’s like. In a few days time we’ll have the biggest TV coverage we’ve ever seen, and I’m curious to see how this will impact sport climbing.