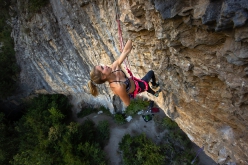 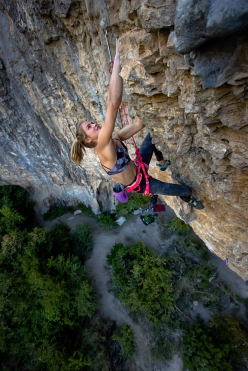 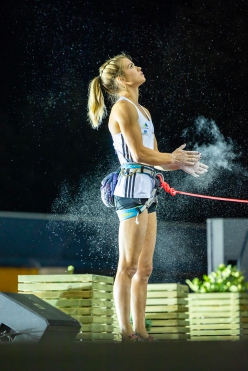 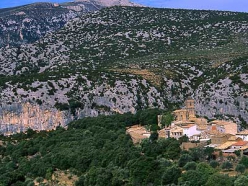 Rodellar in Spain. Where the road ends, the climbing begins...
Photo by Nicholas Hobley

Vita Lukan climbs 8b+ onsight, Geminis at Rodellar in Spain

Slovenian climber Vita Lukan has onsighted Geminis at Rodellar in Spain. Thanks to this ascent the 21-year-old has become one of the few women to onsight a route of these difficulties.

Hidden in the folds of the Spain's picturesque Mascun valley, magical Rodellar continues to prove a stomping ground for cutting-edge sports climbing, this time thanks to Slovenian athlete Vita Lukan who managed to onsight Geminis.

Lukan is best known as a competition climber; this summer she won the Arco Rock Master 2021 with Jessica Pilz, while her bronze in Briançon in July was her first-ever Lead World Cup podium. Due to her competition commitments Lukan rarely spends time o rock, nevertheless in the past the 21-year-old climber has managed to onsight up to 8a+, and redpoint up to 8c+, Histeria at Misja Pec in 2020.

Commenting on her Instagram account after her ascent, she explained "It was a huge fight not just against the pump but also against myself - it was hard to stay calm in the upper part of 40m long kingline where mind started playing tricks with me ;-) Still have some kind of love-hate relationship with these long and overhanging routes in Rodellar... and I still haven't gotten used to climb with knee bars."

8b+ currently represents the non plus ultra of female onsight climbing. The first to succeed was Josune Bereziartu in 2006, followed by others such as Charlotte Durif in 2010, Maja Vidmar in 2010, Sasha DiGiulian in 2011, Kajsa Rosén in 2016, Anak Verhoeven in 2019, Laura Rogora in 2020 and Martina Demmel in 2021. So far no woman has managed to onsight 8c and this grade represents, for obvious reasons, a coveted milestone.

Interestingly, the world's second 8c onsight after Yuji Hirayama's first in 2004 on White Zombie at the Baltzola cave, was carried out by Tomas Mrazek in 2005 on Pata Negra. As it happens, at the magical crag Rodellar.

13.10.2018
Rodellar in Spain, its climbing and the La Sportiva meeting portfolio
Climbing photos taken by Matteo Pavana of the La Sportiva athletes meeting that took place in Rodellar, Spain, from 21 - 23 September.

12.09.2011
Sasha DiGiulian, 8c+ redpoint and 8b+ on-sight at Rodellar
American climber Sasha DiGiulian has sent her third 8c+ Cosi Fan Tutte at Rodellar in Spain and on-sighted Maskoking 8b+.