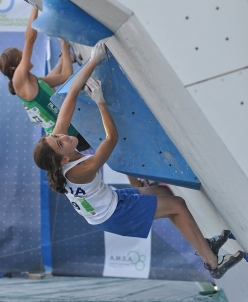 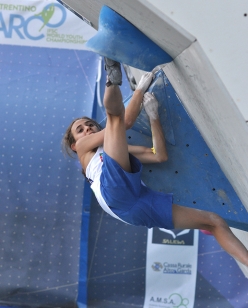 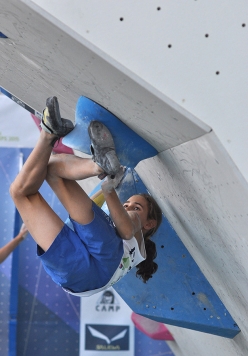 Laura Rogora climbs 9a again, this time at Oliana in Spain

15-year-old climber Laura Rogora from Italy has repeated Joe-cita, a 9a sports climb at Oliana in Spain.

In the understandable euforia following the world’s first female 9a+ at the hands of America’s Margo Hayes who repeated La Rambla at Siurana in Spain two days ago, one mustn’t overlook another cutting-edge female ascent at nearby Oliana, namely the repeat of Joe-cita 9a by young Laura Rogora.

In January 2017 the 15-year-old travelled to Oliana and, after sending two 8c’s, she redpointed her second 8c+, Joe Blau. The climber from Rome has now upped the ante and made surprisingly making short work of nearby Joe-cita, another huge stamina test through the splendid Contrafort de rumabu sheet of limestone. Joe-cita is Rogora’s second 9a after Grandi Gesti at Grotta dell'Arenauta in Sperlonga, Italy, climbed in March 2016.

In February 2017 Rogora made the first ascent of La Gasparata at Collepardo on the outskirts of Roma, which she tentatively graded 8c+/9a. Should this be confirmed, then this could well be one of the hardest sport climbs ever freed by a woman. Regardless of this though, the speed with which Rogora sent Joe-cita and all her other climbs indicates that her limit - like that of many other female climbers - is still distant and has yet to be explored.