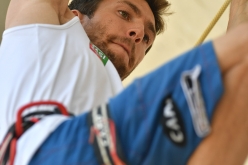 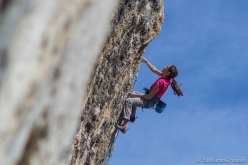 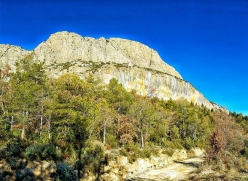 There’s been some impressive Italian climbing action at Oliana in Spain, where both Stefano Ghisolfi and Laura Rogora have claimed two outstanding achievements. 15-year-old Rogora from Rome confirms she’s one of the leading lights with her repeat of Joe Blau, a huge 8c+ that ascends the entire Contrafort de rumabu. Rogora redpointed the line on her last day in Spain, and this success comes in the wake of another two 8c’s climbed at the same crag, namely T1 full equip and Fish eye. The latter was climbed in the cleanest of style by Stefano Ghisolfi who, in doing so, has become one the few climbers in the world capable of onsighting 8c. While waiting to hear directly from Rogora, here are the first details from Ghisolfi who, only just a few days early at nearby Terradets, managed to repeat Definicion de resistencia democrata, a 9a+ he believes is 9a.

Fish Eye, yes, it's a dream come true. I knew for some time that I was capable of doing this, but I never found the right route. In truth, I had never tried seriously tried any 8c onsights previously and amy best performance so far was onsighting Pietramurata, a hard 8b+, and I’d flashed an 8c, but an 8c on-sight was still missing!

The attempt was planned, I’d decided the day before that I’d go for the onsight. I carefully checked the route from below, as far as you can see since it’s 50m long, and then I started up and climbed for 30 minutes!