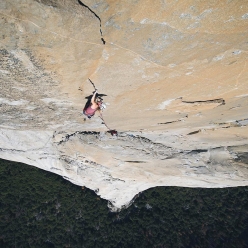 Barbara Zangerl, belayed by Jacopo Larcher, on one of the crux pitches of Magic Mushroom on El Capitan, Yosemite, USA
Photo by Jon Glassberg / Louder Than Eleven 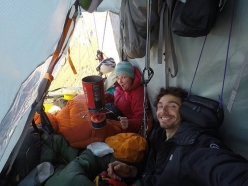 The video of Jacopo Larcher and Barbara Zangerl making the first repeat of Magic Mushroom, El Capitan, Yosemite, in December 2017.

After Dawn Wall, Magic Mushroom is considered one of the most difficult big walls on El Capitan. These 30 pitches above the Yosemite valley floor were first freed by Tommy Caldwell with Justen Song in 2008, and repeated for the first - and currently only - time in December 2017 by Jacopo Larcher and Barbara Zangerl. Here’s the footage of their ascent.