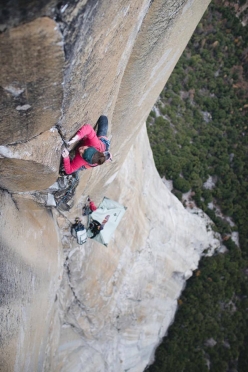 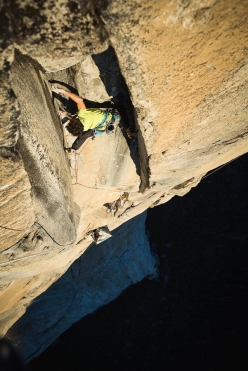 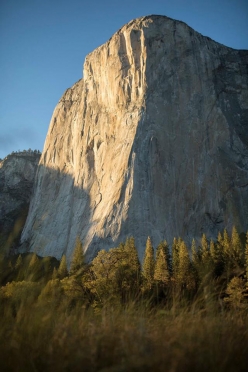 Jacopo Larcher and Barbara Zangerl have made the first free repeat of Magic Mushroom, the difficult big wall climb freed by Tommy Caldwell on El Capitan in Yosemite.

Austria’s Barbara Zangerl and her South Tyrolean partner Jacopo Larcher continue to pull off impressive repeats on El Capitan, USA After Free Zodiac in 2016 and El Nino in 2015, the two have now managed to repeat one of the hardest and most sustained big wall free climbs in the entire Yosemite valley, Magic Mushroom.

The route to the left of The Nose was first ascended with the use of aid in 1972 by Hugh Burton and Steve Sutton and freed in May 2012 by Tommy Caldwell and Justen Sjong with difficulties up to VI 5.14a / 8b+. A month later, drawing on a moment of utter inspiration, Caldwell then led all pitches free in a sub 24 hour push. The route has not been free climbed since and on El Capitan is second in difficulty to perhaps only the Dawn Wall.

For their repeat Zangerl and Larcher decided to check out all the pitches ground-up, and after a short rest they then spent 11 days making their ascent. As usual, the duo swung leads on the easier pitches and then both led all harder pitches.

"The route is awesome: an absolute dream!" Larcher told planetmountain.com, adding "I reckon there’s just one mediocre pitch on the entire 30-pitch outing!"