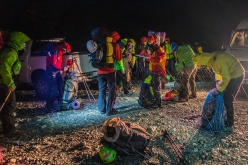 The group of 19 rescuers
Photo by archivio Claudio Migliorini 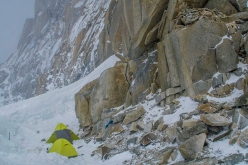 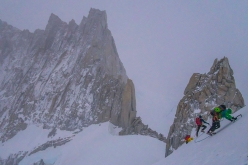 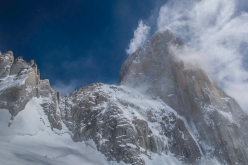 Spontaneity, altruism and drama in Patagonia

During our descent off Fitz Roy a few days ago we encountered two parties climbing the mountain: a team of Brazilians on the Franco-Argentina link-up and a Czech team climbing Via Francesca. The first team never returned, while only one Czech climber made it back; his partner, according to initial reports, froze to death on the descent.

We were informed about the incident and, seeing that we were the last to have seen them, asked for details. In the event of an accident, it is very difficult to intervene over here. We decided therefore to join the El Chalten rescue group coordinated by Carolina Codò; the idea was to ascend and try and find the missing climbers. A group of 19 people quickly formed. We departed at 22:00 on 21 January in bad weather and strong winds.

I ascended with Luca Schiera, Edoardo Albrighi and Jacopo Zezza, followed by Giampaolo Calzà, Paolo Marazzi, Dimitri Anghileri, Denis Urubko, two Spanish mountaineers and two Argentinians who, all loaded like mules, allowed us a "light" ascent up to Paso Superior. A third group that carried the drone never reached the pass due to an accident along the ascent: a Spanish climber fell and fractured some bones, forcing them to return.

We reached Paso Superior in the middle of the storm, set up our tents and dug a snowhole, slipped into our sleeping bags and waited for the wind and snow to abate. After a few hours rest we set off again, four of us, breaking trail in knee-deep snow in the howling wind, poised to take advantage of the short break in the weather to ascend further and scrutinise the face battered by bad weather… We returned in the evening because a new bout of bad weather and strong winds had been forecast

We’re now trundling around El Chalten, waiting and thinking about how to take advantage of the next window of good weather... But our thoughts are with those who didn’t return, it’s a huge disappointment.

We feel enriched though by this experience that has brought out the great humanity within each of us, creating a great bond that goes well beyond any personal climbing objectives. Thanks guys!

05.12.2011
Supercanaleta Fitz Roy, Patagonia
Some climbs seem timeless due to their importance in the history of alpinism. One of these is certainly Supercanaleta on Fitz Roy in Patagonia. The story by Damiano Barabino, Sergio De Leo, Marcello Sanguineti.