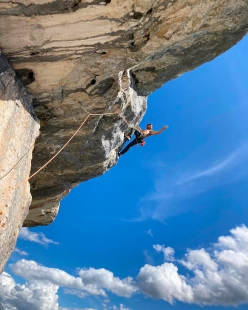 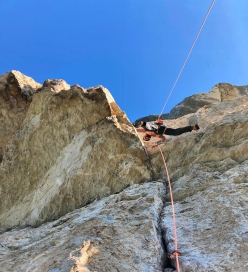 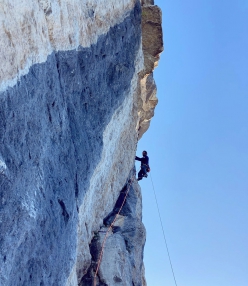 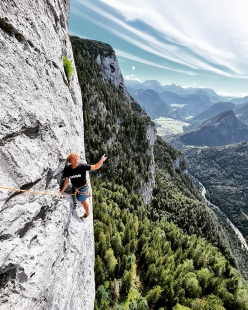 Way back in 2005 Michael Meisl and I established a new route on Urlkopf together. This first ascent opened my eyes to the potential for new routes on the limestone walls between Lofer and Waidring. In the ensuing years I put up many new routes here… Feuertaufe, Stoamanndl, Nirwana, Sansara and Mauerläufer. In my mind, all these multi-pitches are up among the best, worldwide.

Somehow though we missed out on the redpoint ascent of Magellan and it was probably due to the particular situation we’re currently experiencing that I turned my attention to it once again.

As so often in the past, I teamed up with Guido Unterwurzacher from Tyrol. After so many years it was really exciting to get back on this route that is only partially equipped with fixed gear. It’s an interesting climb because it follows the natural weakpoints up the smooth face. This means that you can protect yourself almost completely with trad gear, which obviously makes the route not just more difficult, but above all more exciting!

While we scorched in the August heat due to starting too late, an early start on our second day proved the key to success.