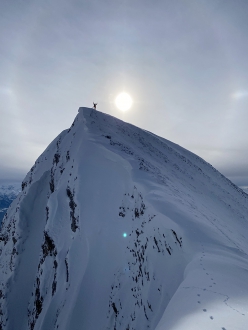 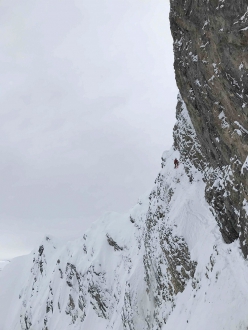 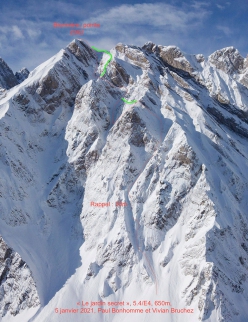 Bonhomme had noticed the line three years ago while repeating Les Jardins, a line further to the right first skied by Pierre Tardivel, but due to the fact that the route ascends and descends various different faces, he was forced to wait patiently for the right conditions to appear.

On the 4th of January 2020 Bonhomme made his way to the base of the mountain for a reccie, and returned early the next morning with Vivian Bruchez, with whom in 2018 he had made a rare repeat of Nant Blanc, ie the legendary NE Face of Aiguille Verte in the Mont Blanc massif.

The duo required just three hours to reach the summit before dropping in to complete what has been called Le Jardin Secret, the secret garden. The 650m line involves one ascent, includes one 30m abseil on the lower section of the route and has been graded 5.4 E4 overall.

Commenting after the descent, Bonhomme stated "The climb surprised us with its difficulty, the descent was great, the conditions just perfect."