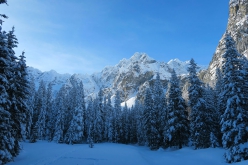 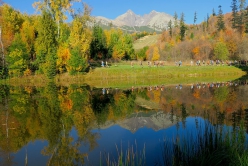 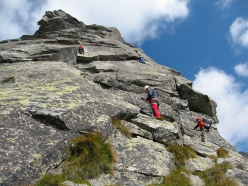 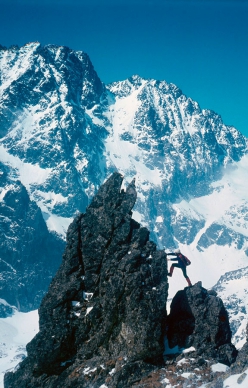 Slovak mountaineer Igor Koller appeals to all mountaineers, climbers, walkers, ski mountaineers against restrictions within the Tatra National Park. An online petition has been created to safeguard access to these mountains in Slovakia.

Dear Friends, we are asking you to support the initiative entitled "We are Tatras too!" The High Tatras are the only really high mountains in Slovakia. While the area of High Tatras is small, their beauty and the nature is unique. Tourists, skiers and mountaineers have always visited the Tatras for several centuries. They are a historical part of this country. The Tatra National Park (TANAP) was established in 1949. It covers the area of three massifs: West, High and Belianske Tatras. TANAP was the first national park in Slovakia and one of the oldest parks in Europe. Rules for visitors have defined all activities of visitors, tourists, skiers and mountaineers for more than 20 years without any major changes. In pratice, by and large these rules were adhered to. The biggest problems concerning these rules were that they practically banned easy mountaineering, up to UIAA III, and they imposed strong restrictions on ski touring and ski mountaineering.
For many years we have tried to cooperate with the nature protections authorities and prepare a better set of rules for visitors, but without success. Now the authorities in charge of nature protection have presented new rules for visitors which are much more restrictive for activities of tourists, skiers and mountaineers. For example there is a ban for mountaineering for 3 months within the entire area of TANAP. At the same time, the numner of protected animals such as Tatra Chamois or Tatra Marmot are higher or at the same level. That is why we created the initiative "We are Tatras too!" that refuses the new rules for visitors and calls for new modern rules for visitors. We kindly ask our foreign friends, tourists, mountaineers, ski mountaineers and their organisations to sign our initiative and support our efforts. At present we have more than 13000 signatories. It is precisely this sort of international solidarity within the climbing and mountaineering world that helped save Camp IV in Yosemite National Park. We thank you for your support!

WE ARE ALSO TATRAS! – COLLECTIVE APPEAL OF CLIMBERS, HIKERS AND SKI MOUNTAINEERS ON THE TANAP (TATRA NATIONAL PARK) VISITOR MANAGEMENT POLICY PROPOSAL
We call upon the nature conservation authorities and the Ministry of the Environment as a unit to reject the TANAP Visitor Management Policy Proposal submitted by the TANAP Administration to the Prešov District Office on 25 January 2019 and presented by the TANAP Administration at a public hearing held on 6 February 2019 in Liptovský Mikuláš and on 7 February 2019 in Starý Smokovec.

According to the International Union for Conservation of Nature, in addition to nature protection, recreational and sporting functions performed in a sustainable manner have an equivalent representation in a national park. This soft form of tourism in the TANAP is represented by tourists, climbers, ski mountaineers, skiers, environmental guides, mountain guides, carriers and mountain chalet operators. Their activities have always been part of the Tatra Mountains cultural heritage, with no negative impact on the nature. Therefore, they can be considered sustainable as opposed to the expanding development and wood harvesting activities.

WE DECLARE
Hikers, climbers, ski mountaineers, chalet operators, carriers and mountain guides are considered an integral part of the cultural heritage of the Tatra Mountains. We are convinced that their activities have never been and never will be contrary to the nature conservation interests.

We declare our support for preservation of biodiversity as a diversity of protected species of flora and fauna. We respect the strictest regime and the exclusion of our activities in selected parts of the park. Associations initiating this memorandum have nature protection in their statutes and in the focus of their daily activities. We visit the mountains as active conservationists and we are the first to protect them from commercialization.

We support scientifically and statistically-based local closures and bans in places and at times when it is important in terms of nature protection.

We support restriction of inappropriate activities in the alpine environment, such as bivouacking, camping, fire-fitting and garbage disposal, or other pollution, wood extraction and extensive development activities in the TANAP.

We call for material and personal reinforcement of the scientific activity of the governmental and non-governmental sector in the TANAP to ensure continuous collection of primary data and its ongoing scientific evaluation.

We support consistent nature conservation on the territory of TANAP and call for the adoption of the professionally justified zoning of the TANAP so that it meets the international criteria as a national park. Such an approach will leave more room for soft forms of tourism while preserving the protection of sensitive species of fauna and flora.

8 REASONS FOR REJECTING THE TANAP VISITING POLICY PROPOSAL:
1. Activities of hikers, climbers, ski mountaineers, chalet operators, carriers and mountain guides are considered an integral part of the cultural heritage of the Tatra Mountains. Their activities have never before endangered and do not endanger the TANAP’s nature. We declare our commitment to working on the sustainable principle of tourism in the TANAP, we respect and support restrictions and bans that are based on scientific and statistical evidence. Therefore, we fundamentally reject the proposed increase in regulatory measures relating to the activities of the above groups.

2. The definition of sport and recreational mountain activities is discriminatory and contrary to international standards. For this reason, we do not consider it appropriate to require membership in specific organizations to perform activities in the TANAP.

4 . The ban on rock-climbing and VhT training activities in some areas does not respect the training methodology of these activities, thus risking the safety of beginning climbers and VhT tourists.

5. The TANAP Administration has not provided scientific and statistical evidence to justify new seasonal closures for rock-climbing and the preservation of seasonal closures for hikers, while not demonstrating negative impact of soft forms of tourism on the TANAP’s objects of protection. At the same time, the amount of TANAP’s visitors has recently not been reaching the levels of the 1970s when these seasonal closures were introduced. From this point of view, the introduction of new restrictions is also unjustified.

6. The new visitors management policy ignores the factual reality of the past decades, not providing the scientific and statistical evidence that the sport and recreational activities would result in a deterioration of the objects of protection. The opposite is actually true and, as an example, we can refer to the increasingly high-levels of chamois, where we draw from the state nature protection data on the census of chamois. On the other hand, neither the State Nature Protection nor the TANAP Administration have published any statistics confirming long-term degrading indicators in the field of the TANAP fauna or flora.

7. Absolute exclusion of night movement of climbers, ski mountaineers and hikers is contrary to the principles of safety and methodology and against the recommendations of the mountain rescue service for timely start of hiking. For climbers, it is potentially life-threatening. We support the ban on any planned night activities that are unrelated to the methodical and safety principles of movement in high altitude areas.

8. The system of exceptions to the Nature and Landscape Protection Act brings along a non-systemic approach to the issue of regulating the TANAP visitors. The condition of licensing activities in the TANAP by membership in specific societies and organizations is contrary to the general democratic principles of a modern society, which, on the contrary, highlights personal responsibility for the activity and conduct of individuals.

WE PROPOSE
We propose not to accept the TANAP Visiting Policy Proposal as a whole, and to create a working group composed of representatives of the soft form of tourism in the TANAP, in addition to the representatives of the State Nature Protection. In discussion with the concerned parties, to prepare a modern, simple, clear, enforceable and non-discriminatory visiting policy.

1. Take into account the real status of the soft forms of tourism in the TANAP, considering the real developments in fauna and flora populations in the TANAP over the last decades.

2. Enable the necessary operational restrictions on carrying out soft forms of tourism in the TANAP, which will be adopted on the basis of findings from the fieldwork of the State Nature Protection staff in cooperation with non-governmental organizations and the public.

3. Instead of large area bans, use nudging (a soft form of behavior management) in the form of open professional communication with the public according to the model of the mountain rescue service. This is an approach that is demonstrably more effective than hard bans with negative motivations (fines). This form of nature conservation has already proven itself in the TANAP in practice.

4. Define sport and recreational mountain activities in accordance with international standards without requiring membership in societies or in otherwise discriminating way, taking into account the responsibility of individual visitors.