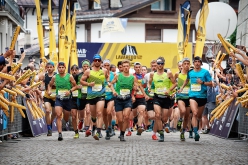 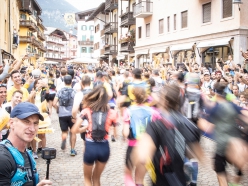 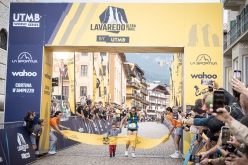 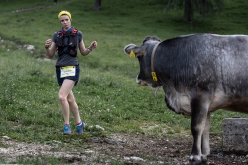 Cortina d’Ampezzo (Belluno), 23 June 2022 – Spanish is the language of the Cortina Skyrace, the inaugural race of the packed programme of the 2022 La Sportiva Lavaredo Ultra Trail by UTMB®, the Italian leg of the UTMB® World Series which is the new circuit that brings together the most famous international ultra races.

Starting on Thursday evening 23 June, the race saw 426 runners battle it out: 20 km of toil starting and finishing in Corso Italia in Cortina d’Ampezzo. The elevation gain was 1,000 metres. Spain’s Antonio Martinez Perez won with a record time of 1h29’21", about three minutes less than his fellow countryman Alex Garcia Carillo who had clocked a time of 1h32’33" in 2021. In second place, thirty seconds later (the chronometer reading was 1h29’54") was Lombard Luca Del Pero who had led the first part of the race until Forcella Zumeles, the pinnacle of the race at 2,072 metres. Lorenzo Beltrami, also from Lombardy, completed the podium (1h33’13").

"We set off fast and I was in second place at Forcella Zumeles. Then on the way down I closed the gap and managed to win like I did last year in the Cortina Trail", said Antonio Martinez Perez. "Maybe in the future I could increase my distance and do the Ultra. I definitely want to be here in Cortina again next year."

"I’m really happy with my first Cortina Skyrace", says Alice Gaggi. "Not only because I won, but because I ran in such wonderful places with incredible supporters both along the route and at the finish line".