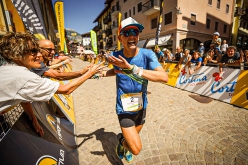 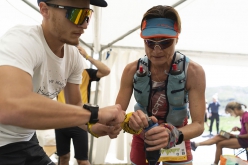 Videos and memories of the La Sportiva Lavaredo Ultra Trail race, the legendary trail running competition that took place around the Tre Cime di Lavaredo in the Dolomites at the end of June and was won by Tim Tollefson and Kathrin Götz.

3,600 athletes, 60 nations, 600 volunteers including 70 mountain rescue members, over 2000 meals served. These numbers are impressive, of course, but they fail to capture the essential: the passion of all those who took part in the La Sportiva Lavaredo Ultra Trail 2019, the legendary trail run across the Tre Cime di Lavaredo in the Dolomites at the end of June.

These two videos on the other hand masterfully convey what was experienced during the LUT. The first video is a recap of the main race day, while the second follows three athletes, amateur Alberto Ferretto, pro Cristóbal Adell and mental coach Sandra Mastropietro who in the months in the run-up to the comp had been chosen by La Sportiva for its fascinating web-series of the coveted 120 km race.