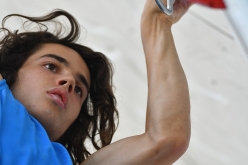 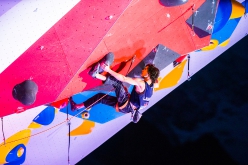 On 24 September 2021 American climber Sean Bailey repeated Bibliographie 9b+ at Céüse in France.

Five years after having repeated the 9a+ Biographie at Céüse, American climber Sean Bailey has now sent the climb’s bigger sibling Bibliographie, the mega-route freed by Alexander Megos in summer 2020 and repeated for the first time by Stefano Ghisolfi this August. Megos had originally suggested the grade 9c, on a par therefore with Adam Ondra's Silence at Flatanger in Norway, but he then wholeheartedly accepted the downgrade to 9b+ suggested by Ghisolfi after new sequences were discovered.

25-year-old Bailey, who in this comp season finished second in the Lead World Cup behind Ghisolfi thanks to his back-to-back victories at Chamonix and Villars, posted on Instagram "Easily the hardest battle I’ve waged with myself. I’ve never been so obsessed. I woke up thinking about the route. I fell asleep thinking about the route. It was nonstop."

Bailey had managed to get through the middle crux rather quickly, but he fell off the final boulder problem a dozen or so times. The physical toll was so great that he needed a rest day after each serious attempt, forcing him to deeply question his resolve. Despite these doubts he persevered and the result, after 25 days of attempts and just before the first snow falls up at Céüse, is outstanding.

Bailey hasn't commented about the route's grade as yet. In the past he has climbed up to 9a+, the aforementioned Biographie followed up by Joe Mama at Oliana in Spain in 2019, while in 2020 he climbed two 8C+ boulder problems, Box Therapy in the Rocky Mountain National Park and Grand Illusion at Little Cottonwood Canyon, USA.