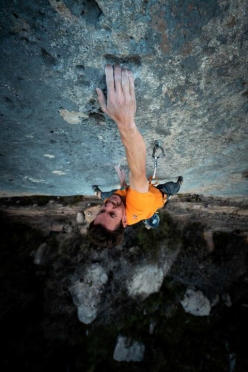 Watch Italian climber Stefano Ghisolfi at Céüse in France making his first attempts on Bibliographie, the second 9c in the world established in 2020 by Alex Megos.

A fortnight ago Stefano Ghisolfi - with two 9b+ to his name, Perfecto Mundo (2018) and Change (2020) - spent six days up at Céüse in France trying Bibliographie, the world's second 9c bolted by America's Ethan Pringle and freed last year by Germany's Alexander Megos. Here's how Ghisolfi's first four days went, documented by friend and filmmaker Enrico Veronese.