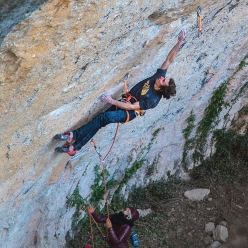 La Capella, the short and intense testpiece at Siurana freed by Adam Ondra in 2011 and in the limelight in mid-January when Stefano Ghisolfi pulled off the first repeat, has now been redpointed by America’s Daniel Woods.

The route negotiates an intense start broken down into three distinct boulder problems -an 8A+ followed by seven savage moves graded 8A+/B and then a 7C - and it comes as no surprise that the third ascent comes at the hands of one of the world’s foremost boulderers.

Up until recently the 28-year-old had repointed sports climbs up to 9a+, with Papichulo at Oliana in 2016 and Thor’s Hammer 9a+ at Flatanger - Hanshellern in Norway in 2015.

Woods travelled to Siurana in mid-February and what is now his first 9b came about after a mere five days of work. Interestingly, he now has a further 81 days left in Spain before returning home, who knows what he’ll get up to… 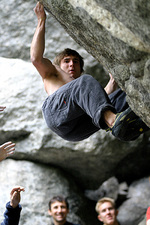 06.03.2016
Daniel Woods repeats 9a+ & 9a at Oliana and Margalef
At Oliana in Spain Daniel Woods has redpointed Papichulo, the 9a+ sports climb freed by Chris Sharma in 2008. 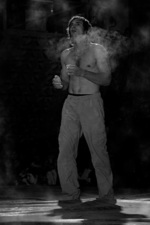 12.02.2010
Daniel Woods plays The Game Fb8C+
Daniel Woods has carried out the first ascent of The Game V16/Fb8C+ at Boulder Canyon, Colorado, USA.