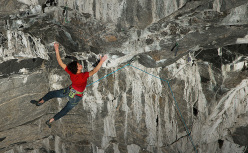 Adam Ondra on his route Change 9b+, Flatanger, Norway
Photo by Petr Pavlicek 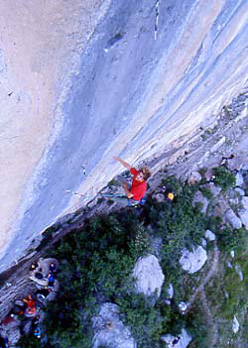 The video of Adam Ondra analysing one of the most debated aspects in sport climbing: the grades of routes.

Adam Ondra is right: one of the most debated aspects in climbing are the grades of the routes. The Czech is one of the most experienced climbers in the world and who better than him therefore to explain how climbing grades have evolved over time? From the world’s first 8a in 1979 (Grand Illusion at Sugar Loaf, USA, Tony Yaniro) to the first 9c in the world climbed in 2017 (Silence at Flatanger in Norway, Adam Ondra), Ondra explains why the progression gradually slowed down after the early boom in the 1980’s and what factors he takes into consideration before giving a climb its grade.