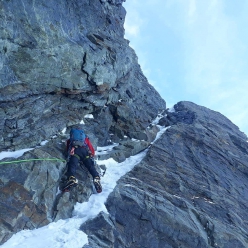 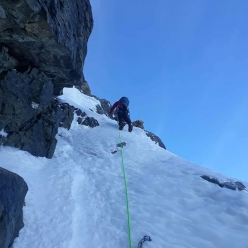 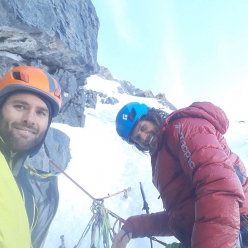 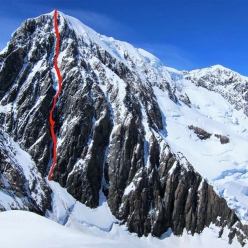 Mountaineers Caleb Jennings and Kim Ladiges have made the first ascent of Pilgrim, a new mixed climb up the south face of Aoraki / Mt Cook (3,764 m) in New Zealand.

Between the 5th and 6th of September 2018 the Kiwi climbers Caleb Jennings and Kim Ladiges established what has been defined as "arguably the last plum unclimbed line" on Aoraki, more commonly known as Mt Cook.

After reaching the Empress hut, Jennings and Ladiges set off to to climb the highest mountain in the country at around midnight on 5 September. They returned to the bivouac 24 hours later having ascended the most direct line up the South Face, also referred to as the Shelia Face. The new route is called Pilgrim and in its 900 meters breaches difficulties up to MC6, WI5, M6. In the past the crux, a difficult detached ice pillar with steep moves pulling over a small roof bulge, had thwarted several teams, including Steven Fortune and Ben Dare.

In 2017 Dare made the first ascent of Remembrance, a 550m ehe established solo up the South Face of Aoraki.