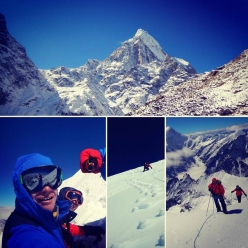 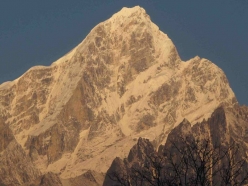 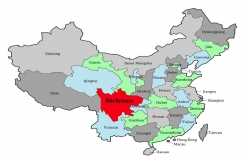 After acclimatising the six mountaineers split into two teams to attempt the little-known 6618m summit situated in the Gongga Shan Massif in China’s Sichuan region. Dellai, Favre and Ratti managed to reach the summit by repeating the original Korean route first ascended in 2003, while Cazzanelli, Faletti and Franchini established a new route up the mountain’s West Face. The summit was reached at 13:00 on 25 October and after descending to Camp 2 at 5200 m, the climbers descended to Base Camp the following day.

The expedition is only the third to reach the summit. After the first ascent in 2003 by the Koreans, in November 2010 the Americans Kyle Dempster and Bruce Normand managed to ascend the East Face, for which they received a prestigious Piolet d'Or for the following year. In 2009 an American expedition ended in tragedy when Jonathan Copp, Wade Johnson and Micah Dash perished in an avalanche while attempting the difficult East Face.