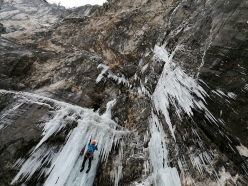 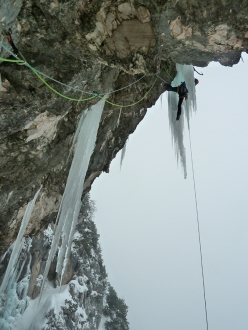 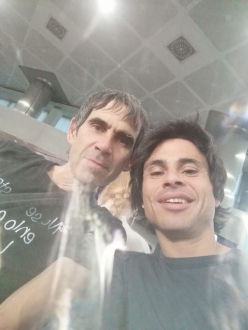 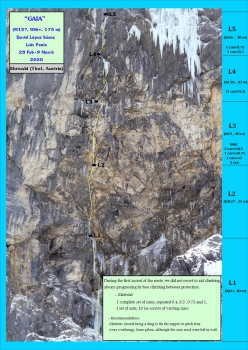 At the end of February and start of March Spanish mountaineers Luis Penín and David López Sáenz made the first ascent of the mixed climb Gaia (175m, M12?, WI6+) at Ehrwald in Austria.

After their February repeat of Stirb langsam, the huge mixed climb first ascended in 2017 by Michi Wohlleben in the Wetterstein massif in Austria, Spanish mountaineers David López Sáenz and Luis Penín returned to Ehrwald later that month to establish a difficult new mixed climb immediately to the left.

The 5-pitch outing was first ascended ground-up from 28 February to 9 March and is protected with a mix of trad gear, pegs and bolts and botls. Pitch two is the crux but those above negotiate sections of loose rock and should not be underestimated. Time and energies ran out before they could free their 175m Gaia in a single push, hence the suggested grade M12? WI6+.