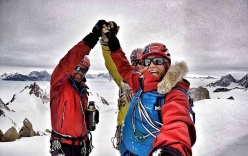 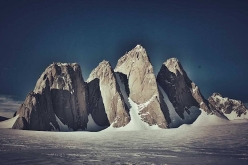 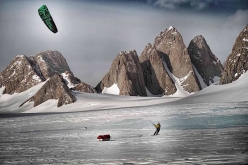 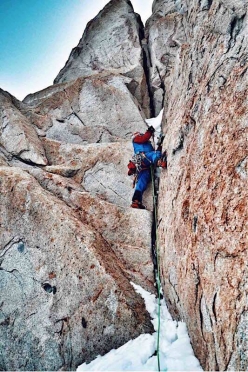 Adventure and alpinism in the Antarctic: Spectre climbed by Leo Houlding, Jean Burgun and Mark Sedon

The ascent is only a part of the expedition led by Houlding, as prior to reaching the mountain the trio had to negotiate an adventurous 300 km traverse across the Antarctic continent with their their 200 kg sledges.

On reaching the Spectre the team partially circumnavigated the peak examining possibilities for a new route up the South Face, but then opted for the line of least resistance, namely the route up the North side of the mountain first ascended by the American brothers Mugs and Edmund Stump in 1980. The route they climbed followed much of the first route up the mountain, but was also in part new.

Houlding, Burgun and Sedon started climbing at 10:00am on Thursday 7 December and followed much of the first route up the mountain. In what proved to be a very committed push, the climbers worked their way through deteriorating weather to the summit which they reached at about midnight, before returning safely to base camp over 20 hours after setting off.

Houlding stated "The level of commitment of being high on a steep, complex face out here at the end of the Earth is impossible to overstate. Away from the sanctuary of our camp, we are so very isolated, and so very exposed. If Antarctica snarls, it is very quickly a survival situation. It was with more anxiety than pleasure that we pushed on to the summit, ready to turn and run at the first whiff of wind."

Weather conditions permitting, the expedition will now focus on a skyline traverse of the Organ Pipe Peaks before starting its 1700 km traverse home.