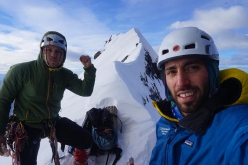 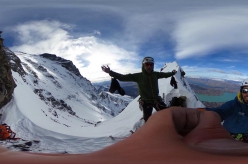 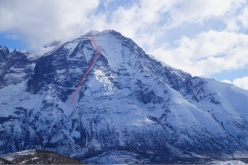 On 12 August 2018 a new route was completed up Cerro Almirante Nieto in the Torres del Paine National Park in Patagonia by 27-year-old Felipe Bishara and 30-year-old Christian Barra Muñoz.

The two Chielan climbers, who work as climbing and trekking guides in the park, established the new route up the virgin SE Face of Cerro Almirante Nieto by following a rightwards trending ramp for 10 pitches before dealing with steep mixed terrain and unconsolidated snow for another 8 pitches. The summit was reached at 2am after having breached terrain to 90°. They returned to the base of the mountain at 7 in the morning, 29 hours after having set off and required a further 2.5 hours to return to the car and complete their round-trip.

The new 1300m route is called Línea de Libertad and is dedicated to the memory of the late Cristobal Bizzarri.

18.07.2000
Trekking in Patagonia
Trekking in a magical and mysterious land: three magnificent walks around the Torres del Paine, Fitz Roy and Cerro Torre, the stone heart of Patagonia.