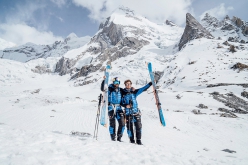 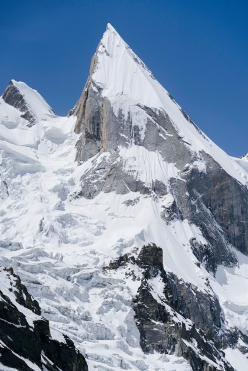 Laila Peak (6096m). The mountain has a somewhat chequered history: first ascended, unofficially, in 1987 by the British mountaineers Andy Cave, Tom Curtis, Sean Smith and Simon Yates via the West Face, it was subsequently climbed in the early 90’s by a German expedition and by a Swiss expedition in 1993. The first official ascent was carried out in 1996 by an Italian expedition led by Oreste Forno: on 2 July Paolo Cavagnetto and Fabio Iacchini summited via the northwest ridge, while Camillo Della Vedova, Giovanni Ongaro and Guido Ruggeri followed in the footsteps the next day.
Photo by Andrzej Bargiel archive 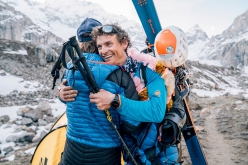 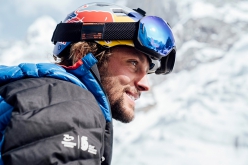 On 10 May Andrzej Bargiel and Jędrek Baranowski climbed Laila Peak (6096m) in the Karakorum, Pakistan. Starting from about 150m below the summit, the two Polish mountaineers then descended on skis.

The two left ABC at circa 4:30 am on 10 May and reached the top of the spectacular "needle in the sky" at around 13:00 having deposited their skis about 150 below the summit due to the difficult conditions. After down climbing to their gear stash they then proceeded to ski the northwest face.

In 2018 Bargiel became the first to ski K2 and now the 33-year-old Pole commented: "The mountain is exceptional, and even though we did not manage to get down from the very top, it was a piece of skiing adventure for both of us. Additionally, it is the first Polish ascent to Laila Peak!"

After several attempts by strong international skiers and snowboarders, the first to ski the entire northwest face of Laila Peak all the way from the summit were France’s Carole Chambaret, Tiphaine Duperier and Boris Langenstein on 11 May 2018, followed a few days later by Cala Cimenti and Matthias Koenig. Leonardo Comelli should also be remembered; the 27-year-old Italian lost his life in 2016 while attempting to ski the mountain together with his climbing partners Carlo Cosi, Zeno Cecon and Enrico Mosetti.