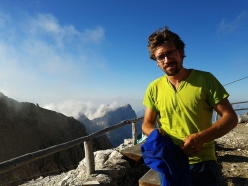 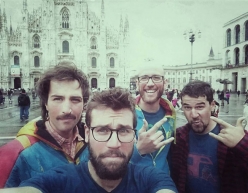 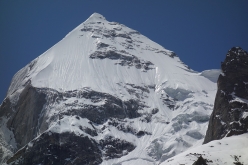 It should have been a dream, almost too good to be true. One of those that provide a thousand emotions and memories that last a lifetime. But yesterday the coveted first ski descent of Laila Peak in Pakistan transformed into an absolute tragedy: during the descent the 27-year-old alpinist Leonardo Comelli fell to his death while skiing close to the other members of the expedition Carlo Cosi, Zeno Cecon and Enrico Mosetti.

The four members of this small but experienced Italian expedition reached Pakistan’s Karakoram range in late May in order to attempt the first ski descent of the NW Face of Laila Peak, a stunning 1500m ramp previously attempted, unsuccessfully, by other expeditions. After setting up their advanced base camp at 5350m the four made their push towards the 6096m high summit, but turned back circa 150m below the top as snow conditions at altitude weren’t ideal.

According to preliminary reports, during a traverse Comelli crossed his skis, lost his balance and fell circa 400m down steep mixed terrain. The other members of the expedition could do nothing more than retrieve the body, transport it to a safer place and raise the alarm.

Leonardo Comelli came from Muggia, a small town on the outskirts of Trieste, and started rock climbing at the age of 16. From the crag his horizons quickly looked up to the mountains, and after climbing long mountain routes he took up ski mountaineering, steep skiing and ice climbing. He was about to become an Aspirant Mountain Guide and apart from being a good climber, he was also a very talented and passionate photographer. Comelli was always keen on immortalizing action up the mountains with his friends, especially in his beloved Julian Alps which he explored continuously, always in search of rock, ice, snow and the perfect photo that triggers a thousand emotions.