► News ► Interviews ► Jorg Verhoeven: the past, present and future of indoor and outdoor climbing
Versione italiana 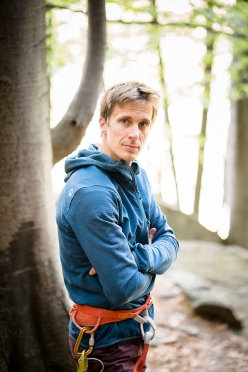 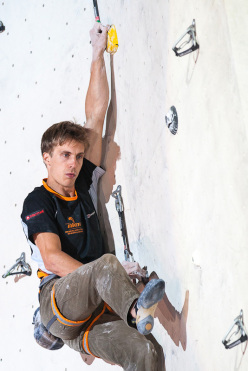 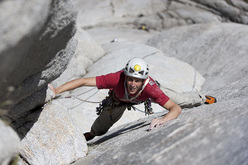 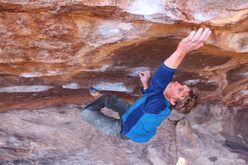 PORTFOLIO / gallery Portfolio: Jorg Verhoeven: the past, present and future of indoor and outdoor climbing

Jorg Verhoeven: the past, present and future of indoor and outdoor climbing

36-year-old Dutchman Jorg Verhoven has been climbing for over 25 years and his achievements span the climbing spectrum from big walls in Yosemite to 8C boulders, after having won the Lead World Cup 2006. His thoughts about the state of climbing indoors and outdoor feature in the fourth article of our series created with Vibram, to celebrate climbing yesterday, today and tomorrow as part of the 'Learn to Climb with Vibram' project.

Jorg Verhoeven is one of the most versatile climbers of his generation, spanning the spectrum from intense 8C boulders to repeats of huge big walls such as The Nose and Dihedral Wall on El Capitan in Yosemite. In 2006 the Dutchman became one of the very first to flash 8c, a result which no doubt came about thanks to his vast competition experience which paved the way to his win of the Lead World Cup 2008. The 36-year-old has been climbing hard ever since and is even projecting to climb 9b.

He is a route setter at the Innsbruck gym, an international reference point for indoor climbing, and towards the end of the last season he surprised everyone by starting competing again, alongside many almost half his age. Unsurprisingly he put in strong performances. We dug into his wealth of knowledge to find out more about the state of climbing indoors and outdoors to conclude our series created with Vibram, to celebrate climbing yesterday, today and tomorrow as part of the 'Learn to Climb with Vibram' project.

Just like many climbers nowadays, you started climbing indoors. Can you tell us about that beginning? What do you remember, and what was important to you at the time?
Already at an early age I discovered my passion for the mountains. My parents took me to the Alps and Pyrenees and I was fascinated by climbing every peak I saw, always wanting to see what was around the next corner. It was my parents who took me to a climbing gym - which were still rare back then - and I knew right away this was it; it just felt right. I had tried other sports, swimming, judo, athletics, but climbing was different. It felt natural. I was eleven years old, and of course I didn't know back then how it would come to dictate my life, I simply was addicted right away.

If you compare those times to now, what has changed for those starting now compared to those starting 20 years ago?
Nowadays climbing has become a well-known sport in many countries, so first contact is quickly made, with so many gyms around. Bouldering has made climbing a lot more approachable as well, since people can practice it alone, fear of heights is not an issue, and it's easy to meet people. The sport has changed for sure, but in my eyes for the better, and even though the gym in Innsbruck is sometimes frustratingly crowded, I welcome every beginner climber, since I know most of them will enjoy it.

Outdoor and Indoor? Two separate worlds, or do they have things in common?
It's the same sport, yet practiced differently. Many climbers these days will never touch a piece of rock, and that's perfectly fine, just imagine how crowded crags would get… Climbing gyms can be seen as training, a social hub, after-work workout, a playground for young and old. While the focus in rock climbing often lies more in getting in touch with nature, having a nice day off from stressful everyday life, spending time with friends. Interestingly, high-end climbers - in both competition and on rock - are very similar, regardless how different they might feel. They share that passion of devoting their lives and working hard to reach a certain goal they have set themselves.

The bulk of climbers in general has grown so much in the past years. This is not an issue for indoor climbing, as gyms simply pop up where there's demand, but climbing outdoors is a different story, with many crags all over the world running into similar issues, ranging from access problems to becoming completely overcrowded. Imagine the most polished route or boulder you know, and then think how that piece of rock will look like in 50 years!

Yeah that’s food for thought. Talking about holds. How have the climbing holds, the boulders, and the indoor climbing walls evolved since you started?
I think there has been a constant evolution in indoor and competition climbing. The scene itself has influenced the direction of change; those climbers building walls and gyms, shaping holds, setting routes and boulders, ultimately, it was always those deciding the evolution.

An ongoing debate in the international competition scene is the amount of influence route setters - basically, very few people - have on the sport. Think of bouldering, how it has changed in the past decade, moving towards the parcours-style dynamic movement we have seen appearing in competitions. Now everyone is doing these new-school tricks in their local gym, it's like a cascade effect. The question is, what's next...?

For those who start climbing indoors, but then at some point evolve and go outside like you did, what do you recommend? And what problems do you see?
I guess what is important, is the realisation that a crag or a bouldering area is not an indoor gym.  There's a certain safety aspect in this difference: I sometimes see boulderers jump around, mats poorly placed, no spotting etc., like they're used to when climbing in the gym. And at the crags loose rock, spaced bolts, route length and route finding can quickly turn into trouble.

Then there's also an ethical aspect. Outside, no cleaning crew will arrive each morning to dispose of the rubbish. Crags and bouldering areas are often in pristine areas and national parks, where few people can do a lot of damage, and already have done so. Just see what crowds can do to an area like Fontainebleau's Bas Cuvier, or Ceuse, or Yosemite. Respect is the solution to both I guess.

So what role do internet sites, Facebook and Instagram, and even videos on youtube, play in this sport climbing revolution?
The massive amount of easily accessible information being shared online - regardless whether that is news, a beta video, or a social media post - for sure heavily influences our sport, like it does in our society and everyday life. Think of how you choose your next climbing trip: your choice is based on things you've seen, something that inspired you to go there.

So how do you see the future of sport climbing outdoors? And indoors?
That is hard to tell, but for sure it will be slippery...  Rock slowly deteriorates with each climber, so popular areas will not be as nice as they once were. We can be thankful that for our generation there is still so much untouched rock, not only in Greenland or Pakistan, but right here in the Alps. One day every piece of rock - which is a debate by itself - might have a bolt sticking in it, and several tickmarks on all holds.

Gym climbing I think will always grow faster than outdoor climbing, since it's so much more attainable. Most people prefer comfort, they don't want to walk an hour uphill to find out that their project is wet, or wet their pants because they can't find the next placement on a trad route. Gym climbing is nice to everyone. Except route setters, they're always the bad guys ;-)

Going back to your own climbing. What’s important to you? What have you always strived to do, or not to do, in the various disciplines?
Have fun, live my passion to the fullest. I've never cared where climbing has taken me, and for sure I haven't tried to force it. I just go with the flow, what feels right, and what brings me joy and happiness. Wow, that sounds very hippie...

Last question: the do’s and don’ts according to Jorg Verhoeven?
The three rules in Yosemite are, in order of Priority: i) have fun ii) look good iii) be safe. The rest are all minor

25.10.2021
Barbara Zangerl and the invisible bond of a climbing partnership
One of the great all-round climbers of our time, 33-year-old Austrian Barbara Zangerl, talks about the bond that is created when climbing. Check out the third article of our series created with Vibram, to celebrate climbing yesterday, today and tomorrow as part of the 'Learn to Climb with Vibram' project.

09.06.2021
Five must see crags at Arco, the birthplace of sport climbing as we know it
Massone, Nago, Belvedere, Spiaggia delle Lucertole and Calvario: five crags you must visit to savour the best sport climbing around Arco and Lake Garda. This is the first article in a series made with Vibram, to celebrate climbing yesterday, today and tomorrow as part of its 'Learn to Climb with Vibram' project.

14.11.2016
Jorg Verhoeven claims first repeat of Dihedral Wall in Yosemite
After 5 days of climbing Jorg Verhoeven has now carried out the first repeat of 'Dihedral Wall' on El Capitan in Yosemite. Until this repeat, carried out together with his wife Katharina Saurwein, the route had only been free climbed once before, namely by Tommy Caldwell who in 2004 established what was then considered the most difficult big wall climb in the Yosemite Valley.

18.09.2014
Rocky Mountain National Park, Chaos Canyon - a bouldering Mecca by Verhoeven and Saurwein
Jorg Verhoeven and Katharina Saurwein, currently touring the Rocky Mountains National Park where the Dutchman recently sent The Wheel Of Chaos V14 (8B+) and the Austrian repeated Riddles in the Park V12 (8A+), provide insight into one of the most famous bouldering areas in the USA.