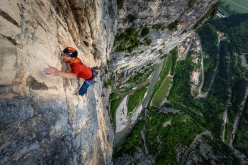 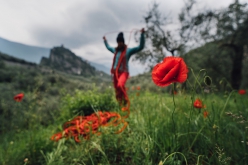 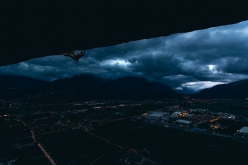 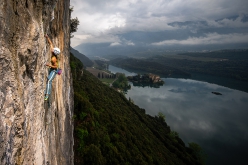 The international climbing photography competition Arco Rock Star was won yesterday in Arco, Italy, by German photographer Klaus Fengler. The jury, composed by the alpinist Zoe Hart, the editor of Planetmountain Vinicio Stefanello and the Arco Rock Star team, awarded the 4 photos taken by Fengler thanks to "both the photographic quality and the narrative capacity of the images, able to talk about the landscape, the passion and everything that revolves around climbing."

Federico Ravassard placed second and was awarded for his original and creative choices. In third place the exciting photographs taken by Matteo Pavana. Luca Rigo won the Open category.

The nine professional teams arrived in Arco from 5 countries and had two days, in the Garda Trentino region, to take four photographs: a creativity challenge but also the ability to choose the most suitable spaces to capture the magic of the landscape, despite the weather conditions that were anything but ideal

Arco Rock Star is supported by La Sportiva, Garda Trentino, f-stop Gear, sestogrado.it, Vertical Life e Tonki, which has set up an exhibition with the best photos of the past editions in the shop windows of Arco.