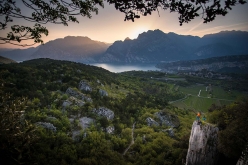 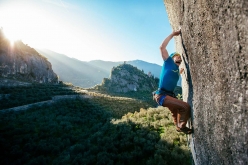 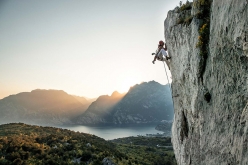 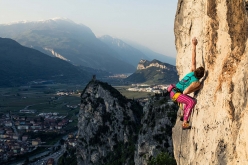 The diversity and beauty of the territory and its mountains inspired beautiful photographs that, not without considerable difficulty, the jury had to judge in order to award the prizes provided by Garda Trentino, Climbing Technology, La Sportiva, f-stop Gear and Vertival Life: 500 euros for the first place in the OPEN category, 1500 euros for the winner of the PRO category and climbing material for all. The jury was composed of Giampaolo Calzà, photographer, Robbie Shone, National Geographic photographer, Nicholas Hobley, planetmountain.com editor, Marianna Zanatta, outdoor manager, and by the Arco Rock Star organisers.

First place in the PRO category went to the British photographer John Thornton, awarded for his ability to recount the spirit of climbing and at the same time to represent its athletic gesture in harmony with the territory and the landscape. In his team there were Matteo Furlan and Francesco Zerbi. Second place went toGiovanni Danieli, winner of the past edition, third place went to Matteo Mocellin.

The La Sportiva Anniversary Prize, that celebrates “vintage” climbing, went to Matteo Pavana. On Wednesday 23rd May 2018 at the Muse of Trento museum La Sportiva will stage its 90th Anniversary Party, the event open to the entire population of Trentino and extended to mountain enthusiasts and it protagonists in general.

First place in the OPEN category went to Graziano Galvagni, awarded primarily for his creativity as well as for the quality of his two photographs.

The awards ceremony took place during the Adventure Awards Days, the International Festival of Exploration, and was held on Sunday evening at Palazzo Marchetti in Arco in front a great crowd.