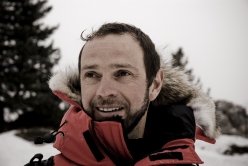 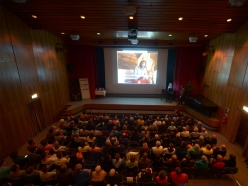 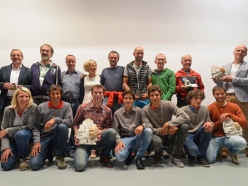 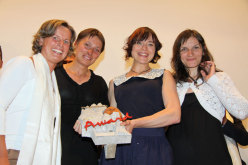 On July 14, 2018 Selva di Val Gardena will host the fifth edition of the Karl Unterkircher Award in memory of the South Tyrolean alpinist who died ten years ago on Nanga Parbat. The alpinists nominated for the 2018 award are Simone Moro, Ali Sadpara and Alex Txikon for the first winter ascent of Nanga Parbat, Ines Papert and Luka Lindič for their new route up Kyzyl Asker in Kyrgyzstan (China), and Simon Gietl and Marcel Schenk for the new mixed climb up Pizzo Badile in Switzerland. Special guest: Kurt Diemberger

Ten years after the tragic death of Karl Unterkircher, who perished during an attempt to establish a new route up the difficult and immense Rakhiot Face on Nanga Parbat (8125 m) in Pakistan, on 14 July 2018 Selva di Val Gardena will once again celebrate mountaineering excellence.

The biennial award is granted to three mountaineers or group of mountaineers who have demonstrated great climbing skills or carried out extreme expeditions in alpine style. It is intended not as competition but an award as fair play.

For the 2018 edition the candidates are: Simone Moro, Ali Sadpara and Alex Txikon for the summit and first winter ascent of Nanga Parbat (8126 m, Karakorum, Pakistan); Ines Papert and Luka Lindič for the summit and new ice climb up Kyzyl Asker (5842m) in Kyrgyzstan (China); Simon Gietl and Marcel Schenk for the first ascent of a new mixed climb up Pizzo Badile (3,308 m) in Switzerland.

During the evening the candidates will show photos and films of their ascents, after which the jury will announce the winners. The special guest of the fifth edition will be Kurt Diemberger, the only mountaineer still alive to have made the first ascent of two 8000ers.

The nominees for the 5th Karl Unterkircher Award on 14th July in Selva di Val Gardena are:
Simone Moro, Ali Sadpara and Alex Txikon who on Friday 26 February 2016 successfully carried out the historic first winter ascent of Nanga Parbat (8126m, Karakorum, Pakistan). Italy's Tamara Lunger stopped her bid on the ridge below the summit.
Ines Papert and Luka Lindič who in October 2016 made the first ascent of 'Lost in China' (ED, WI 5+, M6, 1200m) up the SE Face of Kyzyl Asker (5842m), Kyrgyzstan.
Marcel Schenk and Simon Gietl who on 16/11/2016 made the first ascent of 'Amore di Vetro' (800m, M5, R) a new ice and mixed climb up the NE Face of Pizzo Badile.

11.08.2016
Jon Griffith and Andy Houseman win the Karl Unterkircher Award 2016
On 27 July 2016 British mountaineers Jon Griffith and Andy Houseman received the 4th Karl Unterkircher Award for their first ascent of Link Sar West (6.938m - Karakoram). The other two ascents that had been nominated were Marek Raganowicz and Marcin Tomaszewski winter first ascent of Katharsis on Norway’s Troll wall and the first ascent of via Degli studenti up the NW Face of Civetta (Dolomites) by the Italians Giorgio Travaglia, Alex Walpoth, Martin Dejori and Titus Prinoth.

17.07.2008
Karl Unterkircher perishes on Nanga Parbat
On 15 July the South Tyrolean mountaineer Karl Unterkircher fell into a crevasse at circa 6800m on Nanga Parbat’s Rakhiot Face. Unable to descend, his two climbing partners Walter Nones and Simon Kehrer have been forced to continue their ascent. A rescue expedition is departing from Italy at this very moment.