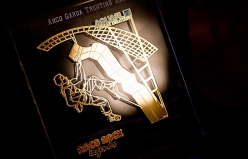 On Friday 26 August 2016 during the 11th Arco Rock Legends the Climbing Ambassador by Dryarn® di Aquafil 2016 award will go to the International Federation of Sport Climbing IFSC
Photo by Planetmountain.com 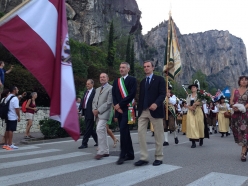 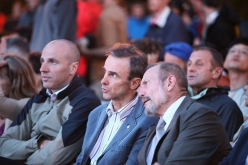 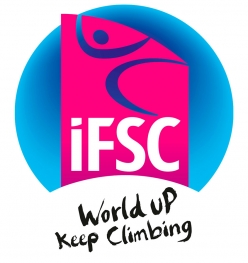 On 26 August 2016 in Arco (Garda Trentino, Italy) the Climbing Ambassador by Dryarn® di Aquafil 2016 prize will be awarded to the International Federation of Sport Climbing for the inclusion of sport climbing in the Tokyo 2020 Olympic Games. Marco Maria Scolaris, president of the IFSC since 2001, will receive the award on behalf of the federation.

On 3 August 2016 the International Olympic Committee ruled that Sport Climbing will take part in the Tokyo 2020 Olympic Games. This was a historic day for climbing competitions, one that marked the culmination of dream pursued doggedly for years. A goal that represents the highest honor for a sport, and an entire movement, that came to life in Italy, back in 1985, with the first competition in Bardonecchia and immediately afterwards, in 1986, with Arco and its legendary Rock Master competition for the champions that this summer will celebrate its first 30 years.

Because of this, on Friday 26 August the IFSC (International Federation of Sport Climbing) will receive the prize Climbing Ambassador by Dryarn® di Aquafil during the 11th Arco Rock Legends, the sport climbing Oscars. Receiving the award on behalf of the federation will be Marco Scolaris, President of the IFSC and a firm believer in the promotion of this sport right from its early beginnings.

The journey that led to the Olympic climbing dream is a long one and the IFSC played a key role in its fulfillment. Firstly as the International Council for Competition Climbing, and then as the newly formed international IFSC federation which currently represents 87 nations from all five continents.

In 2010 at Vancouver the IFSC passed the two-year "observation" period and became a fully-fledged member of the IOC. At this point the first possible inclusion in an Olympic Games was in 2020, but in order to achieve this hard work was needed, the sport climbing movement needed to grow worldwide and sport climbing competitions needed to evolve into spectacular events. In this regard, the World Championships in 2011 in Arco and in 2013 in Paris proved fundamental.

Now the goal has been reached. That dream, impossible thirty years ago, has become a reality: in 2020, in Tokyo, the sport climbing athletes will parade under the five rings for the very first time. It goes without saying that many at Arco will rejoice for the Climbing Ambassador by Dryarn® di Aquafil award that now goes to the International Federation of Sport Climbing. And it is no accident this prize is awarded at Arco, and that the man who will receive on behalf of the IFSC is Marco Scolaris. He first dreamt of this Olympic goal many years back and, since 2001, has steered climbing towards this goal, initially as president of the International Council for Competition Climbing and then, since 2007, as President of IFSC.

The date is August 26, 2016 at Arco, for the start of the 30th Rock Master and, at 21:00, for the Arco Rock Legends awards ceremony. And in addition to the Climbing Ambassador by Dryarn® di Aquafil prize, two further prizes will be awarded: the Wild Country Rock Award for the best sport climber at the crags or in bouldering, and the La Sportiva Competition Award for last season’s best competition athlete.