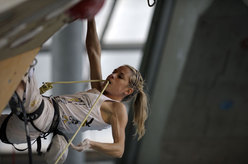 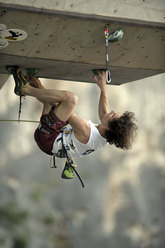 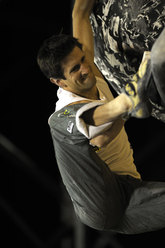 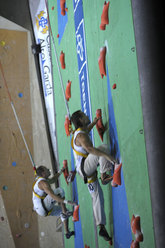 The International Olympic Committee (IOC) has ratified and recognised the International Federation of Sport Climbing (IFSC) during its Plenary Session at Vancouver, Canada. As the President of the IFSC Marco Scolaris explains, this is a fundamental step for sport climbing in its bid to become an Olympic sport.

Is the dream of seeing climbing as an Olympic sport becoming a reality? Perhaps it's too early to say so. But the Olympic Committee's definitive ratification during the plenary assembly in Vancoever last week is certainly an important step forward in this direction. It provides strength, instills faith. Because, after a first provisional IOC recognition in 2007, the International Federation of Sport Climbing has passed the two-year "observation period" with flying colours, meaning that the road to the Olympics is now open. In short, we have reached a crucial turning point in the history of this sport and it's now up to climbing itself to seize the moment with courage and decisiveness. As the IFSC President Marco Scolaris explains from Vancouver, much depends on the choices and objectives which sport climbing will take and reach. Beginning with the next great global event, the World Championship scheduled to take place in Arco in 2011.


President Marco Scolaris, how does this official IOC ratification change things? And was it something that could be taken for granted?

Climbing is one of man's base movements, like running, swimming, etc. The basic movement intelligence is used in a variety of different activities, such as mountain climbing (alpinism). Now this movement intelligence has been officially recognised as a Sport: this may seem banal, but it changes lots of things, it provides clarity. And this recognition was by no means something that was taken for granted, there are many other federations that have been waiting for this recognition for years.

What choices were influential in receiving this recognition?
The fact that we continued to work with the same spirit as always, convinced that climbing has educational and therefore also social values. Our athletes already share many Olympic values, both in competitions and outdoors. All of this has now received official, world-wide recognition.

It's clear that the Olympics are on the horizon... the real question is: how distant are they?
The ascent towards the Olympics has begun with this official recognition, but it'll be long and extremely demanding. We will have to up the ante considerably, solve far harder problems than those that we're capable of resolving today... The dates? Seeing that the program is decided 7 years at a time, the first possible date would be 2020, which will be defined in 2013. Which means we have less than 3 years to be ready, if we believe in it.

What do we have already and what is missing to achieve this Olympic dream?
The IOC has seen some climbing competitions and was favourably impressed by this sport and its atmosphere: athletes from different countries who share information prior to a route surprised many in the IOC; if this isn't Olympic spirit, what is? Sport climbing is a small, great sport, young, natural, primordial. What we're missing though is media coverage to render competitions real events, enjoyable for everyone, even those who know little about climbing itself.

What are the IFSC objectives and strategies for the Olympics?
We need to fill the large gaps that we have and continue to work seriously, together with the athletes themselves. We're currently studying many projects: let's talk about them in a month's time, at the start of the 2010 season!!

What will be the most important stages and dates in the next few years?
Definitely the next World Championships, Arco 2011 and Paris 2013. If we manage to produce two great events, with lots of spectators and athletes, and if we manage to get the world to watch them, then we'll have made a big step forward.

After the provisional IOC recognition in 2007, you said that "As our sport grows it is destined to change dramatically, especially when it arouses the interest of main-stream media and sponsors" and that the challenge would be to defend the "current spirit of our sport which one feels when climbing, in competitions and outdoors." Has the spirit of sport climbing changed in these 2 years? And what about yours?
I'd say that it's all positive, at worst some top climbers have had some additional nuisances with anti-doping checks throughout the year, as imposed by the World Anti-Doping Agency...

What must sport climbing improve on?
As I see it, there are three critical points. 1. media visibility; 2. each competition must become a great event; 3. federal commitment, on all levels, to make sport climbing grow in their own countries...

And what has sport climbing achieved?
I think that we've done all that we could do. As I said before, climbing is one of man's base movements, and it's the only one not represented at the Olympics. let's prepare ourselves, with the same passion which moves us at the base of a crag or rock face, for the next vertical challenges.