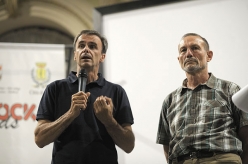 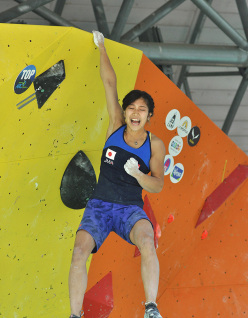 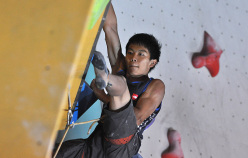 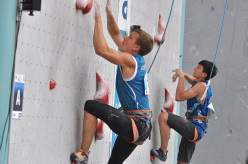 Interview with Marco Scolaris (President of the International Federation of Sport Climbing - IFSC) after the historic inclusion of sport climbing competitions in the 2020 Tokyo Olympic Games.

Marco Scolaris, sport climbing has been accepted for the Tokyo 2020 Olympic Games. Are you happier as President of the IFSC or as an enthusiastic climber who’s been involved in this right from the very beginning?
It’s been a long journey, and now we’ve finally succeeded. Thirty years ago, when we first embarked on this adventure, no one could even have remotely imagined that one day we would become recognized as an Olympic sport. We’re obviously extremely satisfied, but we’re also acutely aware that our work continues, now with even greater responsibilities.

What was your first thought when, on 3 August 2016 in Rio, you received the official and definitive ratification?
I thought this is the start of a new era, for sport climbing, but also for sport in general. Introducing five new sports represents the most radical change in the centennial history of the Olympic Games. Sport climbing’s inclusion is the big news, a surprise even, in every sense.

This may seem obvious but, for those few who haven’t yet grasped it fully, what does it mean for the sport climbing competitions movement to be a part of the Olympics?
The legitimacy of climbing as a sport now opens the doors to further development of this discipline, which must of course be in line with climbing’s core values. New opportunities arise for national federations in particular, granted that we rise to the occasion and work both hard and competently.

The road to the Olympics has been long and rocky. What were the main stages of this project?
Without going back too far, it started in 2006 when the UIAA asked us to leave and to create our own International Federation, which took place in January 2007. The IOC believed in the value of this new sport and recognized us almost immediately. The turning point was in 2014 during the Youth Olympic Games in Nanjing, when we were invited along with skateboarding, rollerblading and wushu at Sports Lab. The Olympic family and the media got the chance to see with their own eyes what we are and what we are capable of doing... So, nine years after founding the IFSC, we have now become Olympic: an astounding speed record, recognized by everyone.

From our point of view it seems that sport climbing has changed considerably in recent years. Do you agree?
I don’t think that the sport, i.e. the competitions, has changed a lot, instead though I’d say it has evolved. Many things can change, but what remains unchanged is the spirit and atmosphere of climbing. This is the challenge that now lies in store: to continue along this line, preserving the values ​​that fuel our climbing lives.

Why, from your point of view, does Sport Climbing deserve to be an Olympic sport (and what numbers are we talking about)
As to the numbers, all you need to do is read the report compiled by the IOC Programme Commission. As to the other question… humans are able to climb before they learn how to walk. Climbing is an instinct. Movement in a vertical dimension wasn’t represented in the Olympics, now it is. And having said that, all you need to do is see what happens elsewhere in the world…

What awaits us in these four pre-Olympic years that separate us from Tokyo? And What projects does the IFSC now have?
Loads of work. To organize the event in Tokyo, and to guarantee a stable position beneath those five rings, after 2020. Globally, we expect even greater growth in this sport. This for example is already taking place in Japan, but I believe worldwide we can expect a boom, especially in those countries where the federations work well. All of this will go hand in hand with increased media interest. The first signs can already be seen: for example, during this year’s World Cup in Kazo, Japan, there were 60 accredited journalists and a dozen television stations.

If we’ve understood it correctly, the decision must still be made about the actual formula (tupe of competitions and specialities) that will be introduced in Tokyo... can you give us any details and information about the timing?
This isn’t an easy task, having only two gold medals - one male and one female - and having to make room for all three of our disciplines. In addition to the competition format, there is a limited number of athletes, so the selection criteria has to be thought through extremely carefully. We've been working on this for quite a while and we should have a final draft ready for the Paris World Championships in September.

Any thanks... who do you wish to thank ... and what do you wish for the IFSC and the entire sports climbing movement?
Well, I’d like to thank all those who believed in this, first and foremost my family, Elena and Ilaria who are both climbers, too ... Many people have helped us, and the outcome could never been taken for granted, right up to that final vote of 3 August. When I was asked what we would do if our bid failed, I replied that we would continue to climb. I also added though that we would continue to climb even if climbing became an Olympic sport. In short, my wish is simple: that we climb as much as possible, that we continue to work for the climbing movement and that we remain true to ourselves. Through our sport we too will have done our part to make this world a better place