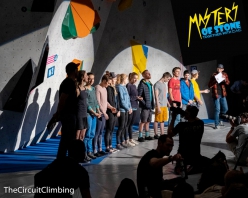 Masters of Stone 2019
Photo by Eddie Fowke / The Circuit Climbing 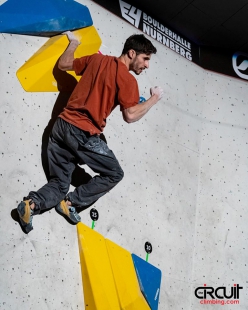 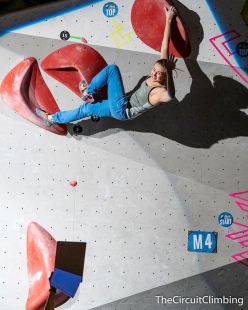 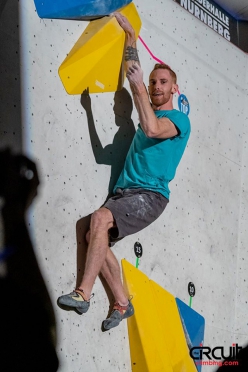 Masters of Stone raise 10,000 euros for Climbers against Cancer

On November 23rd a bouldering competition took place at Nürnberg in Germany and reached the ambitious goal of raising 10,000 euros for CAC - Climbers Against Cancer, the not-for-profit charity founded by John Ellison committed to the battle against cancer.

"Obviously we do not have stone here, but we’ve got loads of coloured plastic. And here we do not have a master here either, but I reckon that between the 12 athletes and we might have enough age and experience together to create one master." This, in brief according to Alexander Megos, was Masters of Stone, the very particular bouldering comp that took place on 23 November at Nürnberg in Germany with the ambitious aim of raising 10,000 euros for CAC - Climbers Against Cancer, the not-for-profit charity founded by John Ellison that raises awareness and funds for cancer research through the worldwide climbing community.

The competition was won by Jessica Pilz and Alma Bestvater who placed joint-first after having flashed 3 of the 4 blocks, while Kazbekova styled for third. Khazanov stole the show in the men’s event, while Hori placed second and Moroni proved his enduring power by placing third.

Significantly, the athletes donated all the prize money provided by the sponsors Scarpa and E9 to CAC. "It was a meaningful gesture" explained official photographer Eddie Fowke who witnessed the unscripted scene "When the whole podium gave up their prize money and donated it to Climbers against Cancer it was really a touching moment." Masters of Stone indeed, and also masters in life.

28.12.2015
John Ellison, founder of Climbers against Cancer, passes away
On Sunday 27 December 2015 John Ellison, the founder of the charity Climbers against Cancer, passed away. In the space of just a few years the inspirational Englishman achieved the unprecedented feat of bringing the entire climbing community together through CAC, aimed at raising awareness about cancer and gathering funds for research against this disease.

03.09.2015
John Ellison and CAC - Climbers against Cancer at the Arco IFSC World Youth Championships
The encounter with John Ellison, founder of CAC - Climbers against Cancer, at Arco for the IFSC Youth World Climbing Championships, to receive the Dryarn Climbing Ambassador award during Arco Rock Legends celebration on 04/09/2015 for his undisputed contribution to the culture of climbing worldwide.

03.07.2013
Climbers Against Cancer: first donation to Australian research
The Cancer Council Australia has received a £10,000 donation from the initiative Climbers against Cancer.