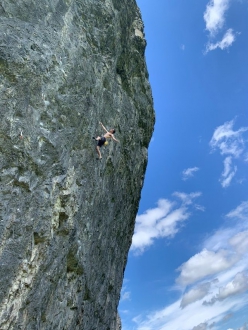 Will Bosi repeating Northern Lights 9a at Kilnsey, England
Photo by Will Bosi collection 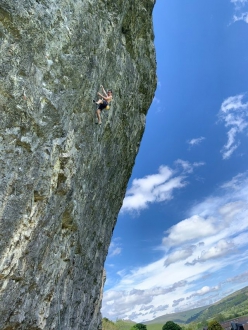 Will Bosi repeating Northern Lights 9a at Kilnsey, England
Photo by Will Bosi collection

Will Bosi repeats Northern Lights, classic 9a at Kilnsey

While all climbs are important, some are undeniably more steeped in history than others. Northern Lights at Kilnsey is certainly one of Britain’s most famous 9a’s, having come to world attention in the mid-90’s thanks to Ben Moon's visionary attempts when there were still only a handful of routes this difficult worldwide.

After a concerted effort Moon, at the time one of the world’s leading sport climbers, was forced to abandon this desperate 20m outing on the North Buttress. It was Steve McClure who finally checked in with the first ascent in July 2000.   The first repeat was carried out by visiting climber Adam Ondra during his GB rampage in May 2011 while Alex Megos, unsurprisingly, claimed the third ascent in June 2016.

Scotland’s Will Bosi has now made only the 4th ascent in over two decades and required just two sessions, confirming his amazing  run of form that saw him climb his first 9b+ at Siurana in Spain earlier this year. Interestingly, on his send Bosi was belayed by the legend himself, Ben Moon, who bolted the line way back in 1993.

18.05.2011
Adam Ondra, Britain's first 8c on-sight and 9a+ repeat
During a quick visit to Britain Adam Ondra made the first repeats of two Steve McClure testpieces: Overshadow 9a+ and Rainshadow 9a at Malham Cove. At the same crag the Czech climber also carried out the first on-sight of an 8c in Britain, Bat Route.
25.07.2000
Steve McClure climbs 9a in England
McClure frees the Ben Moon 9a project at Kilnsey. The route is called Northern Lights.