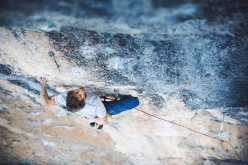 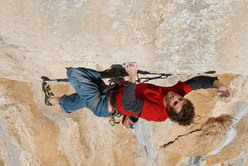 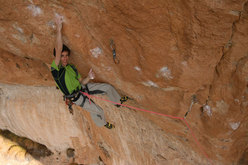 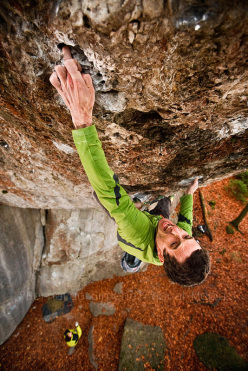 After the first episode with Jacopo Larcher, here’s the next in the miniseries 'Strange Heroes’ by La Sportiva. This time the spotlight is on Basque power house Patxi Usobiaga, the climber who in 2007 entered the record books by becoming the first person in the world to onsight 8c+, with his first ascent of Bizi euskaraz at Etxauri in Spain.

After a long, painful and frustrating road to recovery Usobiaga returned to his former fitness and in April this year he even managed to redpoint his third 9a+. Usobiaga the fighter, Usobiaga El Luchador!

01.04.2017
Patxi Usobiaga returns to 9a+ climbing form
Basque climber Patxi Usobiaga has repeated Papichulo, a 9a+ sport climb at Oliana in Spain. This heralds a great return to form after injury.