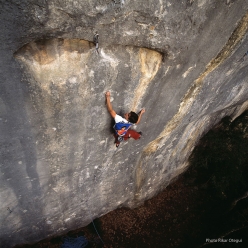 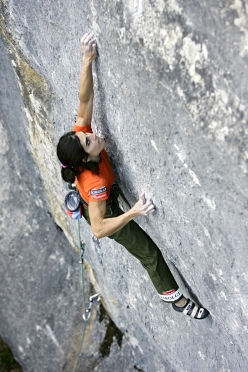 Taking a cue from the first female 9a+ achieved yesterday by America’s Margo Hayes, here’s a throwback to a 2006 video that includes strong Basque climber Josune Bereziartu who, in 2005, paved the way for Hayes’ outstanding ascent with her 9a/9a+ redpoint of Bimbaluna at Saint Loup in Switzerland.

At that time this represented the apex of female sport climbing, an ascent ahead of its times that came three years after the historic first female 9a, carried out by Bereziartu on the climb Bain de Sang. It has to be noted that the 34-year old Bereziartu was not "only" on top of the female climbing game, but also of sport climbing in general, as 9b represented unchartered waters and still needed to be discovered and confirmed. A little like what happened with Lynn Hill with her first free ascent (and, later, single day ascent) of legendary The Nose on El Capitan in Yosemite.

The video was shot for the first edition of the Arco Rock Legends and that year's jury had the difficult task of choosing between Bereziartu and a number of other true climbing legends, many of whom still make headlines even today: Daniel Andrada, Yuji Hirayama, Chris Sharma, Maurizio Manolo Zanolla, Flavio Crespi, Angela Eiter and Tomas Mrazek.