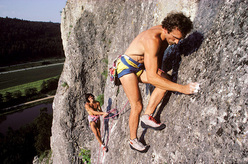 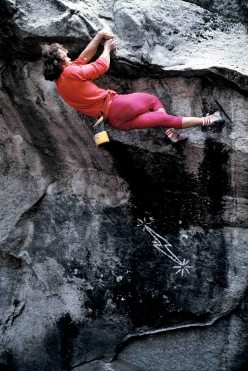 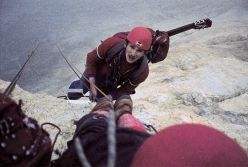 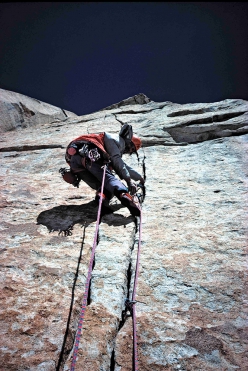 Precisely 10 years ago German climbing legend Kurt Albert died at the age of 56. He invented the redpoint philosophy in Frankenjura in 1975, considered nowadays the standard for sport climbing worldwide, and established numerous important rock climbs and big walls across the globe.

Today makes the 10th anniversary of the death of Kurt Albert, the German rock climbing legend and without a shadow of doubt one of the most influential climbers in the world. Born in 1954 in Nürnberg, after starting climbing aged 14 he ascended the Walker Spur on the Grandes Jorasses just three years later and followed this up aged 18 with an ascent of the North Face of the Eiger.

Albert was evidently a highly talented climber and mountaineer. Throughout his career the trained mathematician established numerous important climbs from the Alps to Patagonia, the Karakorum to Greenland. His greatest legacy however is his invention in 1975 of the redpoint philosophy. In the early ’70's free climbing was taking its first tentative steps and Albert painted a simple red dot - a Roter Punkt - at the base of the routes in his home Frankenjura to indicate that the line had been climbed no longer with the use of aid, but all free. The rotpunkt style ushered in a revolution in rock climbing and soon came to represent the entire free climbing movement, of which Albert was a leading pioneer and which paved the way for the evolution of modern sport climbing.

In 1984 Albert, along with his close friends Wolfgang Güllich and Sepp Gschwendtner, received the "Silberne Lorbeerblatt", the highest sports award in Germany for his services to climbing, but his "redpoint" managed to transcend all borders and is globally recognised as the gold standard for sport climbing.

Albert's importance and influence on this sport cannot be underestimated. For those who want to find out more about the inventor of the redpoint and his by fair means climbs to the remotest corners of the globe, check out our article from ten years ago.

28.09.2010
Kurt Albert seriously injured in via ferrata accident
German climbing legend Kurt Albert is in intensive care after falling from a via ferrata in Bavaria, Germany.