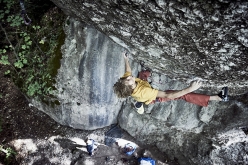 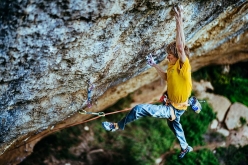 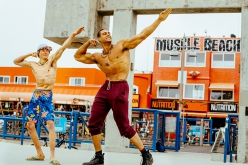 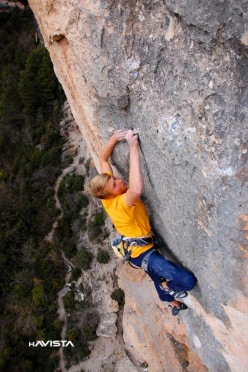 The film Rotpunkt featuring Alexander Megos; a portrait of the German climber and a look into the history of free climbing including the likes of Kurt Albert and Wolfgang Güllich.

Ever since Alexander Megos caught the climbing world off guard in 2013 with his historic first 9a onsight, Estado Critico at Siurana in Spain, the German has consistently been described as a prodigy, a phenomenon, as the future of sport climbing. Given the speed with which he has climbed almost everything he has touched these definitions seem appropriate, but at the same time they can be a considerable burden, especially for the 26-year-old himself.

This portrait analyses Megos through his strengths and weaknesses and delves into his origins, namely the start of the Rotpunkt movement, that revolutionary red dot invented in 1975 in Germany's Frankenjura by Kurt Albert which indicates that a route has been climbed free, without the use of aid for progression.

The film obviously also explores one of the world's all-time sport climbing legends, Wolfgang Güllich. The German was responsible for the world’s first 8b+ (Punks in the Gym, Arapiles, Australia, 1985), the world’s first 8c (Wallstreet, Frankenjura, 1987), and what is widely considered to be the world’s first 9a, his masterpiece Action Directe in Frankenjura in 1991. Megos dreamt of climbing this severely overhanging prow ever since he was a young kid and waited patiently until 2014, when his sub 2-hour repeat provided him with "the best and most moving feeling to ever top out a route."