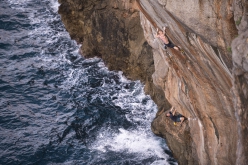 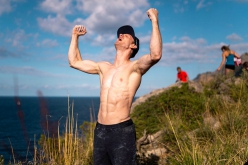 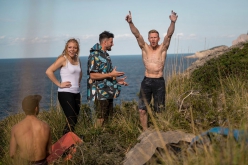 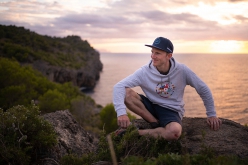 30-year-old Jakob Schubert on the island of Mallorca.
Photo by Sebastian Marko / Alpsolut

30-year-old Jakob Schubert has made the first repeat of Alasha, the extremely difficult Deep Water Solo on the island of Mallorca. First ascended by Chris Sharma in 2016, the Austrian climber feels the psicobloc warrants 9a.

Jakob Schubert is enjoying the form of his life at the moment and after claiming bronze in August at the Tokyo Olympic Games and being crowned Lead World Champion in Moscow a month later, the 30-year-old Austrian climber has now made the coveted first repeat of Alasha on the island of Mallorca in Spain. The route in question is a spectacular Deep Water Solo established by psicobloc master Chris Sharma in 2016 who described it as "a stunning piece of stone in a very epic location."

The line sports a powerful and technical boulder crux, thought to be at least 8A boulder, circa 15 meters above the crashing waves; having received beta from Slovenia's Jernej Kruder who is currently trying the route, Schubert attempted route ground-up three times, before hedging his bets and checking out the moves from the rope. He then sent it on his next go, only his 4th attempt.

Commenting about the level of difficulty, Schubert explained "If I remember correctly, Chris never set out a grade for ‘Alasha’ or ‘Es Pontas’, it was more that he compared the process with some of his hardest sport climbs and this is how numbers made their way into media. Most of all I think sport climbing grades aren’t ideal for deep water solo climbing, especially the difficult and high ones where more factors come into play than just the ability to send hard. Even if you check out some sequences on a rope the whole endeavour is still so different from a sport climbing process, where you have all options to practice or rehearse moves or sequences countless times without the consequence of big falls into the sea. What I can say is that during my send of ‘Alasha’ I physically felt like climbing in the 8c+ range. Also taking the commitment and fear factor into account calling it 9a feels about right to me."

Schubert has plans to try Sharma’s other DWS masterpiece, Es Pontas, and has another week on the island to stick the famous dyno. In the meantime Kruder, who repeated Es Pontas in 2016, is getting closer and closer to sending Alasha, but conditions at Port de Sóller today are currently far from ideal.

17.10.2019
Chris Sharma climbing Alasha, his difficult Deep Water Solo at Mallorca
The video Chris Sharma making the first ascent of Alasha, the difficult deep water solo climb freed by the American climber in 2016 on the island of Mallorca.