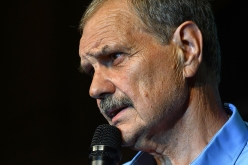 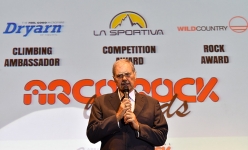 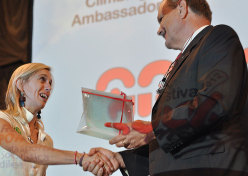 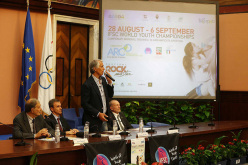 Albino Marchi passed away yesterday afternoon. He was instrumental in the development of the Arco Rock Master climbing competition and his climbing event experience was second to none.

Born in 1947 in Arco, Albino Marchi was a prominent personality but also a “servant" for his city. In fact, Albino dedicated his entire life and channelled all his passion into Arco and its territory. Starting with his presidency of AMSA, the Municipal Administration that manages Palazzo del Casinò, the campsites and local swimming pool. Continuing with Arco’s Grand Carnival, an event that under his 28-year leadership transformed into one of the most famous throughout Italy. For us though, as for all who love rock climbing, Albino was above all the president of Rock Master, i.e. the leader of the oldest, most glorious climbing competition in the world.

Albino, along with Ennio Lattisi, Mario Morandini, Angelo Seneci, Giuliano Emanuelli, Sergio Calzà, Bepi Filippi and Diego Finotti formed part of that small group of people capable of looking into the future and, to a large extent, shaping it. The group formed back in 1986 when, thanks to these “visionaries”, Arco hosted the 2nd Sportroccia international climbing competition together with Bardonecchia, the small town in Piemonte that had hosted the first-ever competition that give birth to the sport climbing competition movement as we know it. A year later, in 1987, Rock Master was created, the competition reserved for the world’s climbing champions. At the time it was a revolutionary invention. Few would have hedged their bets on the event transforming into a legend in its own right, that continues to this day. 31 years of uninterrupted climbing competitions are testament to the entire history of modern sports climbing: all champions have competed in the Arco Rock Master. And Albino, the Rock Master president, was always there, next to them.

It’s hard to describe this President. To put into words how we experienced him after working closely together for so many years. Albino was a leader. In the truest sense of the term. Sometimes he asked a lot, indeed, demanded a lot. In short, sometimes he wasn’t simple to get on with him, but at the same time you comprehend that he someone who, if you needed him, was always there for you. For example, he knew how to recognise merits. And in the end he never held back. And if he saw passion, commitment, he tried to provide you with everything you needed to do things even better. Albino was not of many words; whether he was happy or not could easily be deduced by the sparkle in his eye, by his half smile, or by the start of a grimace. He was always concentrated on what next, on what would be done in due course. And he had a priceless talent: he was capable of solving problems. Or at least you believed he could.

Sometimes maybe you couldn’t completely understand him. But what is certain is that he was a certainty, solid as a rock. Because Albino had big shoulders, like those of a real boss, someone capable of dealing with responsibilities, someone who also protects you and permits you to realize your own projects. Perhaps without him, without the (enormous) responsibilities that weighed on his shoulders, the Rock Master competitor would never have come this far. There would have been no Arco World Championships. There would have been no Arco Rock Legends, and perhaps things would have developed otherwise. What is certain is that Rock Master, what he defined as "our baby”, would have been different. A creature that will find its own way once again but which, at least for us, could never ignore that man with those stern eyes and that half smile that puckered his lips. Ciao Albino!

The funeral will be celebrated on Friday 15 February at 14:00 at Arco in the church Collegiata dell’Assunta, piazza Tre Novembre.