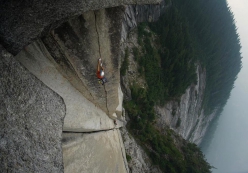 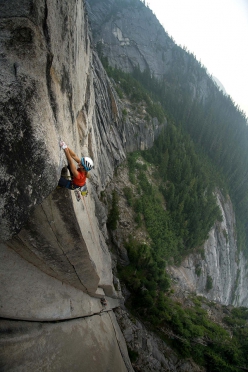 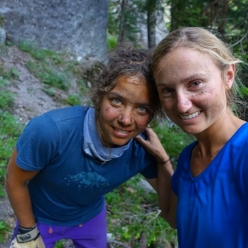 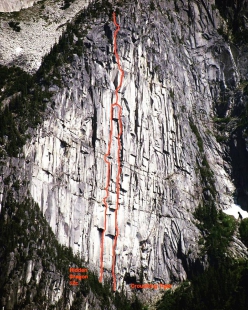 The alpinists Brette Harrington and Caro North, together with Chris Kalman, have made the first ascent of Crouching Tiger, a 500 m big wall with difficulties up to 5.12b+ on the Chinese Puzzle Wall in Canada.

Brette Harrington and Caro North once again. This time not for a new winter climb in Alaska, but rather for the first ascent of a new big wall up the little-known Chinese Puzzle Wall in the North Cascades mountains of Canada. In 2016 Harrington had established the first route up the wall, Hidden Dragon, together with her partner Marc-André Leclerc and at the time the two noticed an obvious series of corners and cracks to the right. They even started up the line but were thwarted by unstable rock low down.

The seed had been sown though and after the loss of Marc in Alaska with Ryan Johnson, Harrington decided to return, engaging Switzerland’s Caro North and also Chris Kalman. Harrington explains: “My mind was set on Crouching Tiger, to fulfill the vision that Marc and I had created together but I was concerned about the blocks that had impeded our path before. This time, when I reached the section of dangerous blocks I did not retreat. I held my balance, used my aiders to stand in the highest steps, carefully eased my weight onto questionable placements, and sure enough, overcame them. Once the pitch was established, our team of three set off and up. We finished establishing the line by aid over five days amidst the blazing summer heat wave. Fatigued from the hard work and heat, we returned home to recover for a few days.”

Harrington and North returned with Chris Kalman as well as friend and photographer Kieran Brownie, and Harrington managed to climb all pitches free with difficulties up to 5.12+. The American-born climber resident in Canada feels that “the sheer vertical and sustained difficulty of the Chinese Puzzle wall would appeal to anyone looking for adventurous and difficult traditional climbs, away from the crowds above a quiet Cascadian valley.” After the successful first free ascent, she concluded “As we hiked down from the wall, I stopped at the lookout to admire the hanging wall once more, knowing that I will be back again soon.”